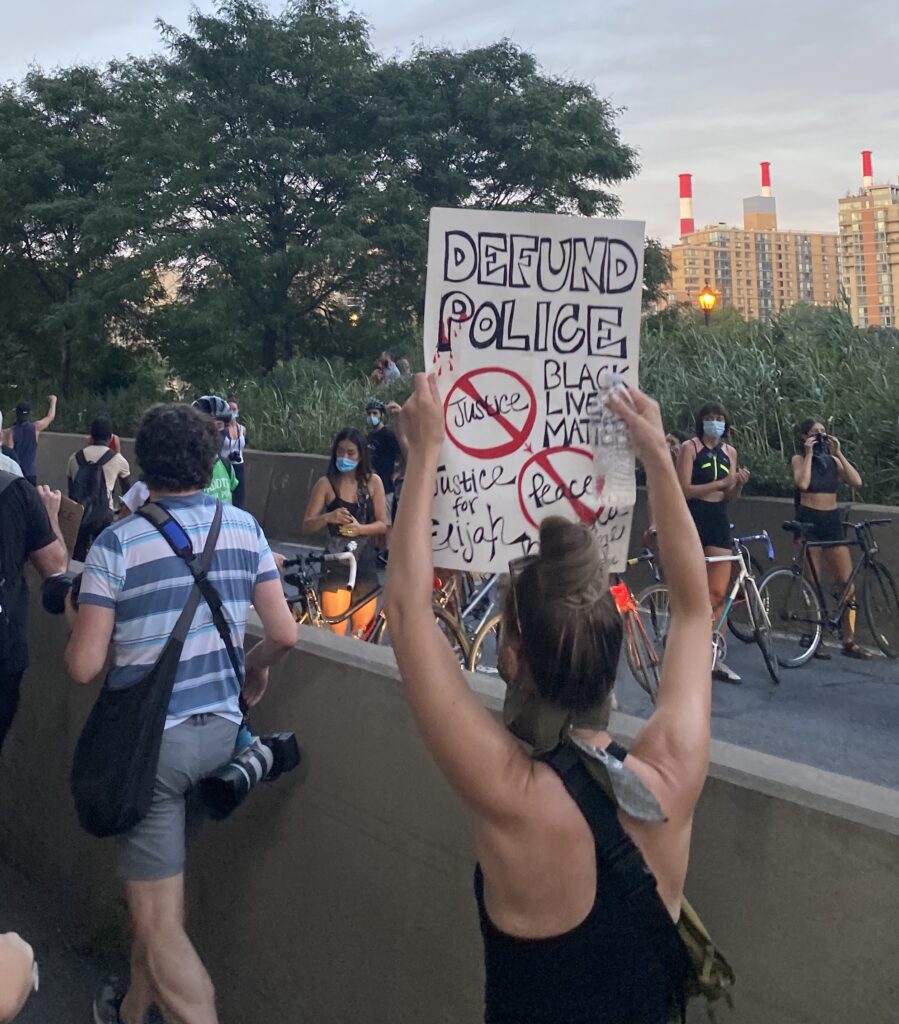 Calls to defund the police at a summer 2020 protest. [Credit: Sloane Verbic]

This summer, as people poured into the streets in cities across the world to protest police violence and systemic racism within the nation’s criminal justice system, Mariame Kaba called to abolish the police. Kaba is an organizer and educator whose life’s work focuses on ending police violence and dismantling the prison industrial complex.

To clarify: Kaba did not call to defund them, which has become a keystone for police reform. Kaba wants to totally abolish law enforcement. Abolition in her terms is not to be confused with reform, downsizing, or restructuring. Instead, she proposes that the nation “should redirect the billions that now go to police departments toward providing health care, housing, education and good jobs.” If communities were given more resources and people were better cared for, crime, she claims, would plummet. “If we did this,” she wrote,  “there would be less need for the police in the first place.”

She gave the bottom line, “We don’t want to just close police departments. We want to make them obsolete.”

A radical notion to some, Kaba argues that law enforcement reform has never worked because the system is fundamentally rooted in racism and violence since its origin as a ‘slave patrol’ in the 1700s. Changing what police do is impossible because they are doing what they were created to do, Kaba says, explaining their purpose, “to suppress marginalized populations to protect the status quo.”

Kaba is an advocate by trade, with an established track record in founding grassroots organizations aimed at helping marginalized communities, like Project NIA. She does not claim to be a journalist, but has contributed articles for a number of publications, as part of her advocacy work.

So, where is the line between being an advocate and being a journalist? Can the two coexist, or are they directly at odds with each other?

There is no simple answer, but there are fundamental principles that separate the two. An advocate is someone inherently biased to their organization or cause, usually penning an article in order to bring attention to a specific issue, like Kaba. Along the same line of thinking, we do not readily recognize politicians who write articles as journalists because we know they have a vested interest and an intended outcome.

We know this is not the role of a journalist, per se. A journalist can be an advocate for something, but it can create room for bias and subjectivity, all adding up to what intended impact they want to have on the audience. That impact could be a donation, a vote, or simply awareness for the issue and a catalyst to start a conversation. None of these things are ill-intentioned, but they do take away from some of the objectives of true journalism; the commitment to presenting unbiased information meant to inform the public so readers can arrive at their own interpretations within the frames of their own lives.