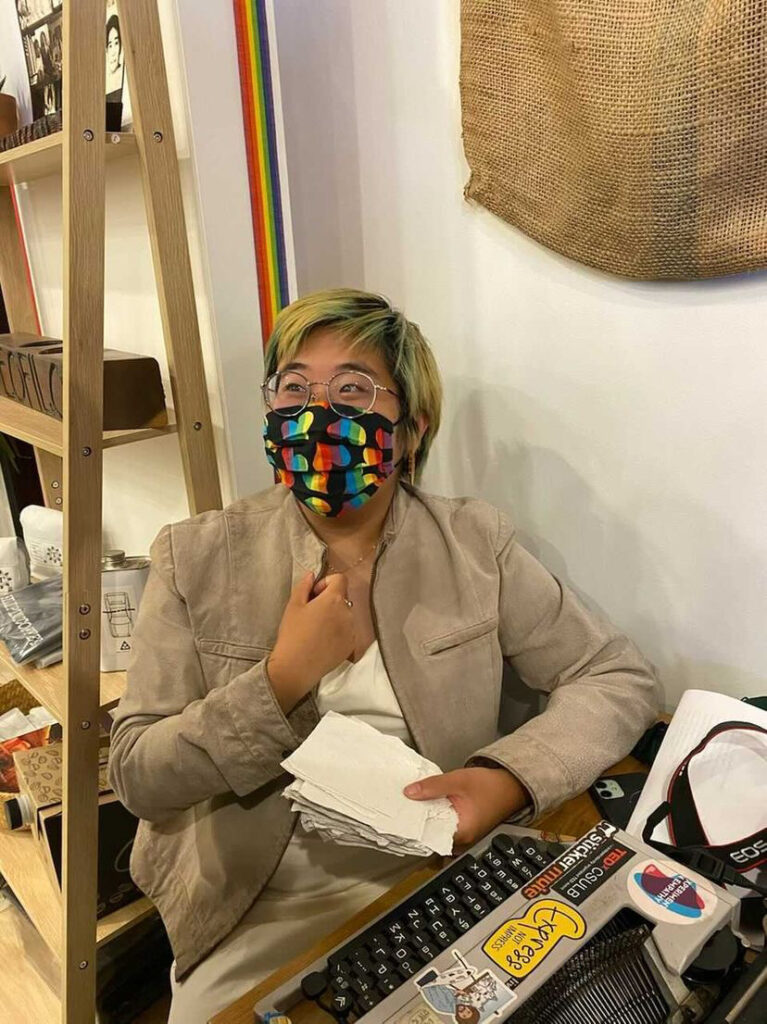 Young Poet Jireh Deng on the Importance of Her Art Form

(TORRANCE, California) — Jireh Deng’s love for writing and the spoken word developed during middle school when she read a poem by Sarah Kay.

Deng’s poetry covers topics such as queerness, culture and community. According to her personal website, Deng has been published on The Asian American Writer’s Workshop site and the Youth Speaks anthology “Between my Body,” and she has been featured on the podcast “VS.”

Deng is currently a college senior who double majors in international studies and economics at California State University, Long Beach. When she’s not studying, she shares her talents performing at small-scale venues across Southern California.

How did you get into writing and poetry in particular?

I saw a video of Sarah Kay, it’s her famous TED Talk and she performs a few poems and talks about poetry in her life and how it shows up in her life. And that video has millions of views, and I’ve never seen a poet go viral like that. I think it really changed my life.

I saw how she was moving through the world as a writer and I wanted that, too. I wanted the power to really make people feel something with my writing. So that’s when I started writing.

Well, I think for one I really wanted to make sure that I left university with a simple skill that I could use and whatever career I would have in the future. Honestly, it was a choice out of necessity knowing that my parents wanted me to have a stable job in the future.

I chose [economics] because it’s kind of rare. It’s an applied science, right? It’s where math and calculus hit the rubber on the road. Economics is where public policy and science meet. International studies is like the other topics that are missing from economics, which is the humanization of what policies do on an international scale.

Why do you perform your poetry?

What inspires you to write this poetry? Do you hope to have a career in this field after graduation?

I like writing that is going to stay with me for the rest of my life, especially poetry. Also the reason why I keep going is because as an Asian-American writer,  the possibilities are endless. This is so exciting to me because there are so many possibilities of what we as ethnic writers can do with our writing from just so many different perspectives.