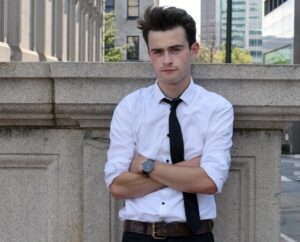 Zach Armstrong is currently the editor of two county newspapers, “The Dinwiddie Monitor” and “The Prince George Journal”, in addition to being a graduate student at NYU’s online masters program.

He graduated from Virginia Commonwealth University with a Bachelor of science degree in mass communication and a political science minor.

As a lover of current affairs, reading, and writing Zach naturally chose journalism because in the words of Hunter S Thompson it “uses the english language as both a musical instrument and a political weapon.”

His work has been published in the Washington Post, the Associated Press, U.S. News and World Report, among others. Zach’s end goal is to be a political feature writer for a prominent newspaper or magazine.