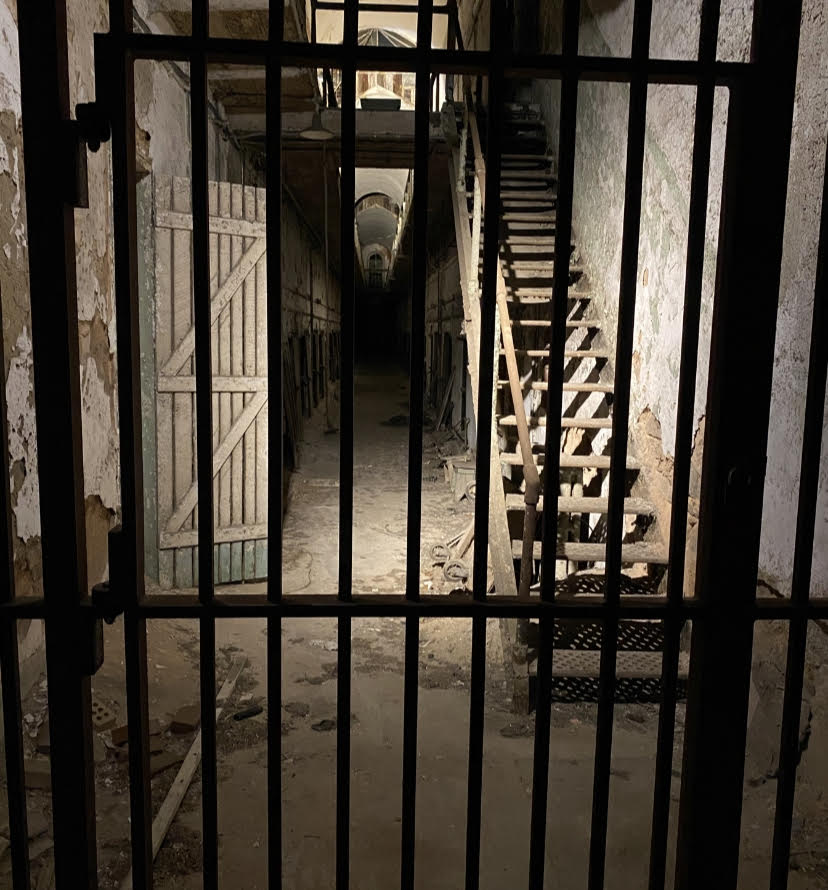 An abandoned cell block seen during “The Voices of Eastern State” audio tour. Due to COVID-19, Night Tours have taken the place of Terror Behind The Walls, the annual haunted house fundraiser. [Credit: Bobby Brier]

An abandoned cell block seen during “The Voices of Eastern State” audio tour. Due to COVID-19, Night Tours have taken the place of Terror Behind The Walls, the annual haunted house fundraiser. [Credit: Bobby Brier]

(PHILADELPHIA) — The sidewalk outside the ivy-filled walls of the old prison on Fairmount Ave. in Philadelphia was lively for a Wednesday night during a pandemic. Across the street, people dined outside at Fare and Urban Saloon. For a moment, the street resembled life before the pandemic.

That’s in part because of Night Tours, a new tour offered this year at the Eastern State Penitentiary on select nights through mid-November. Because of COVID-19, the penitentiary, now a nonprofit, could not host Terror Behind The Walls, its annual haunted house fundraiser. Instead, they decided to do daytime and nighttime tours to allow the general public to learn more about the historic prison and mass incarceration today.

Erin Davis, the general manager of Night Tours at Eastern State Penitentiary, enjoys the mission of the nonprofit.

“They’re here to educate people about not only its history, in the early 1800’s when it was built, but also until now,” she said. “It sheds light on all kinds of problems going on within mass incarceration within our country and it even gets people to think outside the box of prison reform, and what we can be doing better and how.” 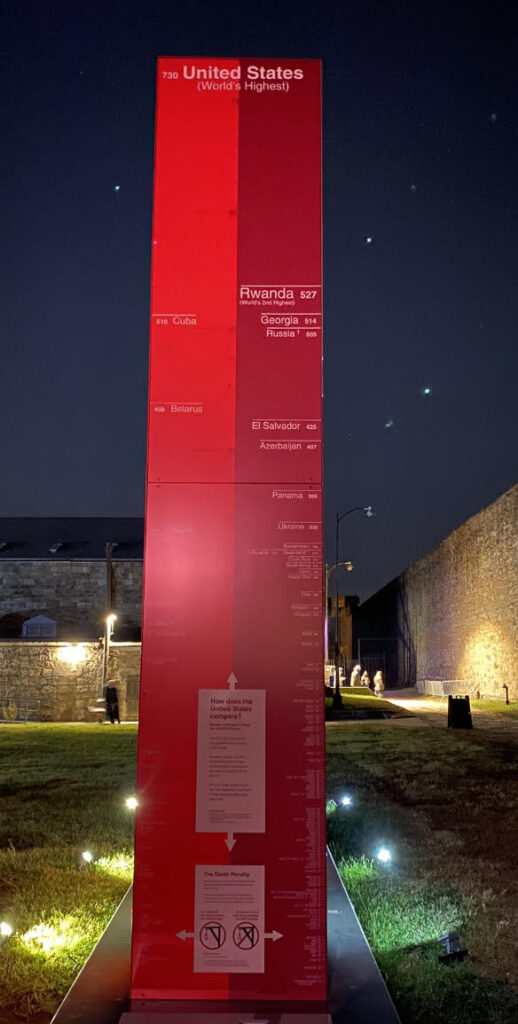 “The Big Graph” in the yard of Eastern State Penitentiary educates visitors on the history of mass incarceration both nationally and globally. Due to COVID-19, the prison turned nonprofit now offers tours during the daytime and nighttime. [Credit: Bobby Brier]

Night Tours offers visitors the chance to explore individual cells while listening to “The Voices of Eastern State” audio tour narrated by actor Steve Buscemi. While on the tour, the empty, crumbling cells offer a haunting glimpse into what conditions were like for prisoners at Eastern State.

Tourists also can view Al Capone’s cell, visit the silence of death row, and admire the Gothic architecture. Visitors can see art installations, a silent 1929 film shot at the prison, and a film made by people currently incarcerated in Philadelphia called “Hidden Lives Illuminated.” Attendees can also explore educational exhibits explaining the problems with mass incarceration in America today.

While Eastern State Penitentiary offers various experiences through Night Tours, it is not without extra health precautions.

“Everyone’s wearing masks—staff and visitors,” Davis said. “There are sanitation stations throughout every corner … we have a sanitation crew cleaning all touchable surfaces. We have special airflow to make sure even when you’re not outside—when you’re in the cell blocks—that air is moving. So, we’ve had to do a ton, but we feel like it’s a safe thing to do this fall.”

The nonprofit’s effort to entertain and educate the public during the pandemic appears to be paying off.

“The story of Al Capone and his cell and how it was all fancy in comparison to the others, whether that was true or not or just people embellishing on history,” said a visitor, Anthony, when asked about the audio tour.

“I thought it was good,” his companion Deb added. “Lots of information. Lots of history.”