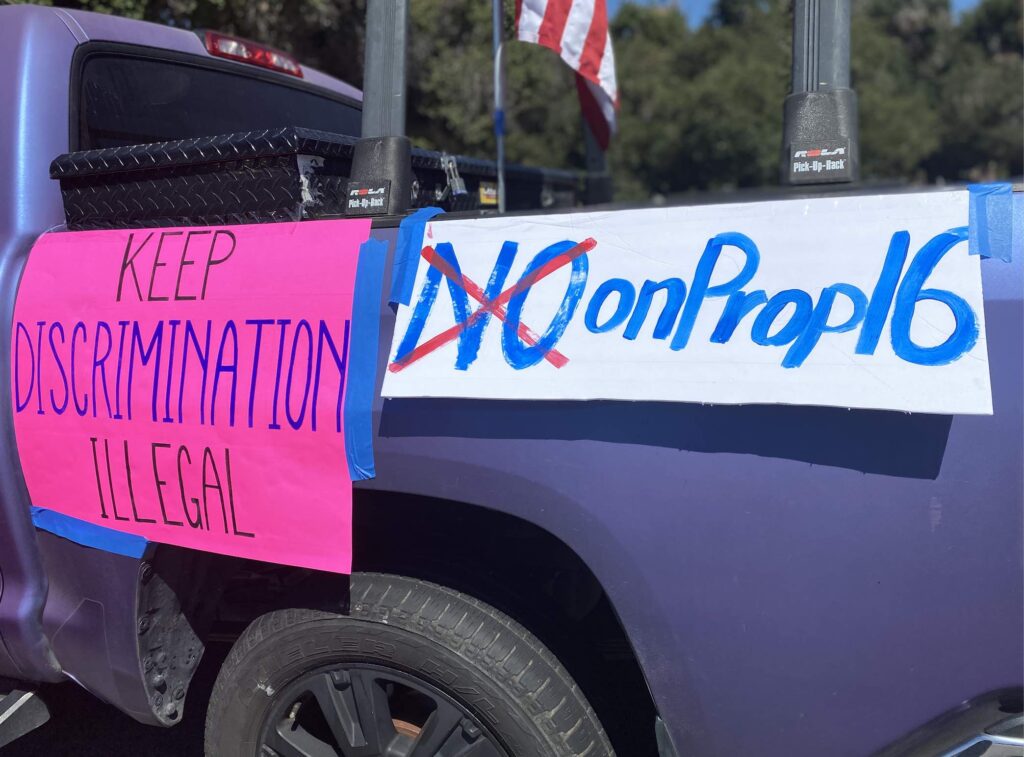 [Credit: Prop 16 has been a controversial issue that divided Californians. Grace Sui]

Can Editorial Board Endorsements Be Valuable Works of Advocacy Journalism?

It’s still a fresh memory for me to recall the experience of covering Proposition 16, also named as “Affirmative Action”, one of 12 California’s statewide ballot measures meant to restore the procedures designed to eliminate unlawful discrimination among applicants which allows public institutions and government offices to consider race, gender, and ethnicity in making decisions of employment and admissions. The initiative was simply a repeal of Proposition 209, which is an effort to avoid any type of discrimination on the basis of race, gender, ethnicity in the process of employment and student admissions.

The issue sparked divisions among Asian American communities that had never happened before. When I worked at a local newspaper in Los Angeles, I received a stack of emails from activists on both sides organizing sizable protests and rallies and asking for coverage. Opponents, many of whom are parents, protested that the proposition would institutionalize preferences when considering college admissions and make more quotas for underrepresented students as Black and Latinos. Therefore, it would reintroduce racial discrimination. Supporters argued the affirmative action would bring minority-owned businesses and women entrepreneurs equal opportunity to public contracts, further promoting inclusion.

With such a tight race, reporters like me had to decide how to report the story in an objective way. My then-editor told me one day that he received a call from a reader complaining about the article about Prop. 16 written by my colleague, stating that it was very subjective. The reader said it only supported the opponents who believe the initiative would lead to discrimination.

“Remember to cover both sides and show in your article why they support or oppose,” my editor said.

Then I read “Endorsement: Yes on Prop. 16, because the U.S. is not a meritocracy”written by the LA Times editorial board, and I observed it as a demonstration of advocacy journalism.

Advocacy journalism, compared to traditional journalism which promotes objectivity, is a form to provide an editorial opinion in the coverage while approaching the news from “a specific viewpoint”, according to the article “Objectivity and Advocacy in Journalism” published in the Journal of Media Ethics. In this case, the editorial board’s endorsement can be considered advocacy journalism in which it explicitly advocates social diversity and inclusion in student admissions by supporting Prop. 16.  For example, the article by its headline gets readers straight to the point: vote “Yes” on proposition 16. Furthermore, the article deliberately explained why voting a “yes” is the help for the better reflection of equal opportunity by supportive data and fact-based research.

The benefits of advocacy journalism can be described as guidance for the audience about what the news really means to their lives. However, learned from Bob Woodward who said in an investigative class on Masterclass that pursuing, “The best obtainable version of the truth,” should take priority over everything in journalism. I chose to cling to “impartiality” to make sure the public has the right to understand what’s going on by knowing both sides’ stances.

News media plays a significant role in guiding public opinion and promoting democracy and social justice in the United States. When it comes to a controversial issue where the public is often divided into two camps on the topic, there’s no hard rule for journalists to follow to ensure that the coverage is ethically reported. That being said, I believe reporters in such cases need to practice objectivity so that the public can have the “best obtainable version of the truth”, meaning the story should be told in an accurate and unbiased way.

In Denis McQuail’s book, Mass Communication Theory, mass media is believed to be a powerful instrument of influencing public opinion and behavior. The process of evolution in journalism has transformed from public journalism or “journalism of information” to “journalism of conversation”, through which the public also pivoted from needs for basic information to a desire for discussion. In this case, I would still stick to my initial reporting solution, which listed both sides of opinion and let the public decide which way they might choose to vote, even though the piece from the LA Times may have a more powerful impact on social justice.

In conclusion, advocacy journalism can provide further analysis on the news. But when it comes to a controversial issue which would fuel many divisions among the public, I would stick to my initial coverage solution to report the story objectively to give the, “Best obtainable version of the truth.”