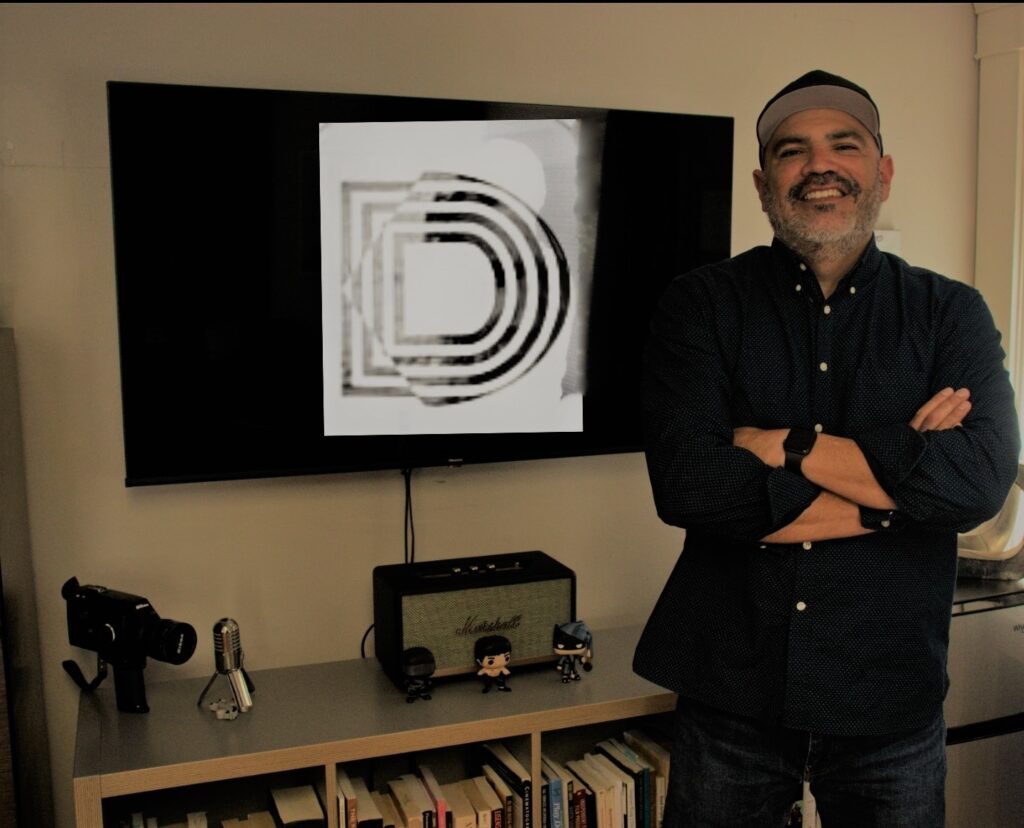 Deconstructing the Video Industry One Clip at a Time

(SAN DIEGO)—Rafael Rodriguez, the founder of the video production business Deconstructive Media, believes that video producers are more than editors.

“We are storytellers,” he said.

Rodriguez, who founded Deconstructive Media approximately 11 years ago, grew up dreaming about producing videos. After graduating from the University of California San Diego, he worked for companies including Apple and Latin Multimedia Corporations. Several years later, he decided to open up his own video production company which now works with businesses such as Telemundo and NBC Universal.

“Running a business is hard but you have to be passionate in order to continue having success,” said Rodriguez.

When asked how long it takes to make a video, Rodriguez answered, “Because of approvals, most videos take us about 30 days.”

Deconstructive Media has made music videos for well-known Latin singers including Los Tucanes de Tijuana, and worked with other companies on the launch of the video game series “Call of Duty.”

“There were 11 interpreters speaking different languages, such as Spanish, Russian, Mandarin, etcetera all for online Twitch streamers,” Rodriguez said. “I was amazed!”

Despite this success,  Rodriguez and his team suffered through hard times when the pandemic hit.  Slow video productivity pushed Rodriguez to lay off some of his employees.

Deconstructive Media never expected such a blow. There was a time when Rodriguez thought that he might have to close down his business, but he knew that his family and employees were counting on him.

“It’s all about quality, not quantity,” Rodriguez said. “The business consists of a team of five, including video producers, all very talented”.

Jessica Rodriguez, Mr. Rodriguez’s niece and a former video actor, said it makes her proud to see how much her uncle has evolved. 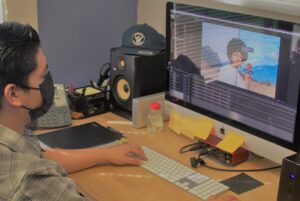 Carlos Herrera in his office

“I remember being about 7 or 8 years old and my uncle was doing a small movie shoot with a friend of his and I was cast to play a young girl crossing the border illegally with her dad in a trunk,” she said. “I remember doing the scene over and over again. I remember having to cry to show the emotion and it was at that moment that I realized why this was his passion. I’ve seen my uncle go from doing scenes in his garage to now having his own office, slash, studio room with his own employees. It’s amazing to see someone I know personally be successful doing something they love.”

Video producers Carlos Herrera and Sebastian Gonzalez create content for Deconstructive Media. “We create a variety of videos and I really enjoy editing our media as we collaborate, together, as a team,” said Herrera.

“It’s about finding the right opportunities,” he said. “Look for great clients. Those that trust your abilities and don’t try to negotiate your pricing. Focus on the bigger picture, know that there will be ups and downs, so don’t get discouraged.”