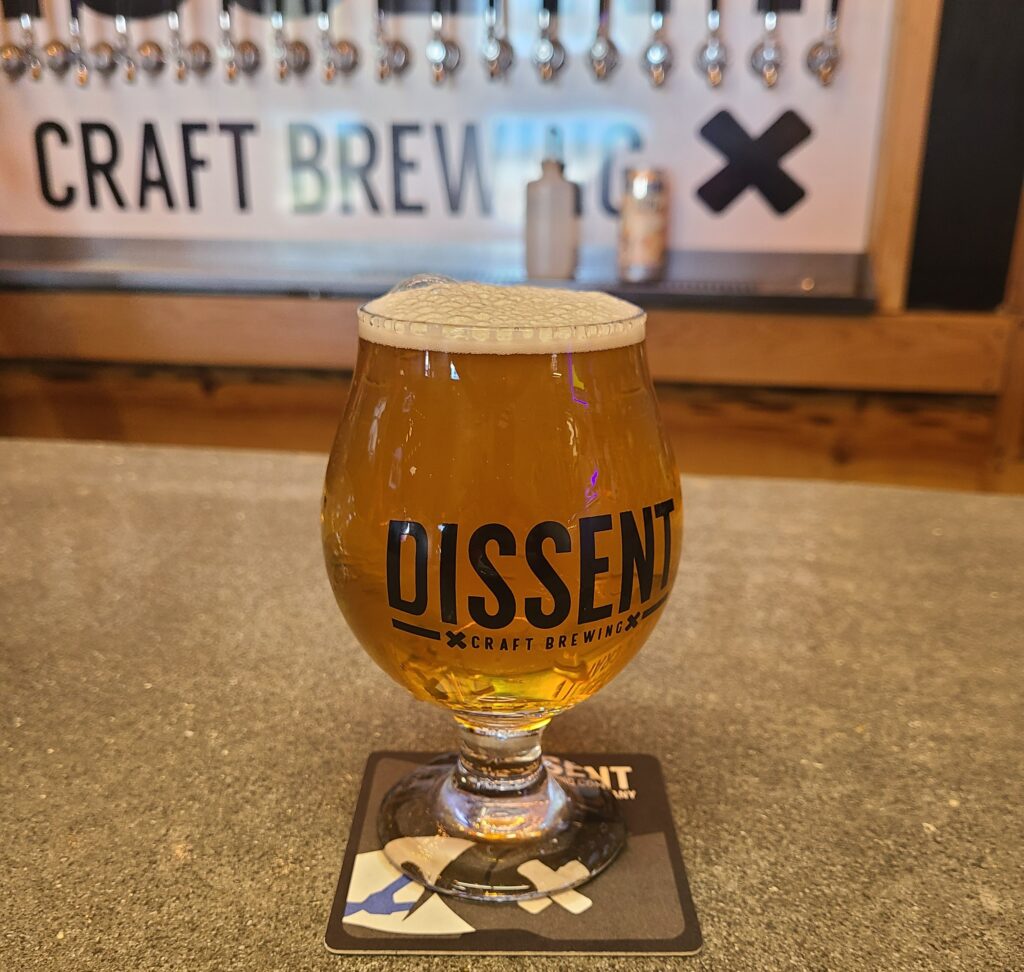 Dissent brews all of its own beers in house. [Credit: CK Smith]

An Afternoon at Dissent Craft Brewery

Nestled in an industrial part of northeast St. Petersburg, Fla., Dissent Craft Brewery is the local watering hole for newcomers and regulars alike to discover the latest beer on tap. But unlike most regular bars, Dissent is one of many in the Tampa Bay area to brew their own craft beer, popular for its flavor and creativity.

The Click was invited to spend an afternoon at Dissent and tour their in-house operations. Bartender and part-time brewer Keith Ray showed off the brewery, filled with large, shiny silver barrels packed into the back space of the bar. He spent time showing how craft beer is made, from the mixing of flavors to fermentation. That afternoon, many of the barrels were filled with new seasonal and some popular regular flavors that will be ready in a few weeks for the public.

Dissent operates on a four-barrel system to brew its craft beer. Most craft breweries use a 4 or 5 barrel process, but larger brewers like Sierra Nevada and Samuel Adams use a much larger system. In fact, according to Ray, it’s Sam Adams that sets the rules on how many barrels you can use and still be called craft. 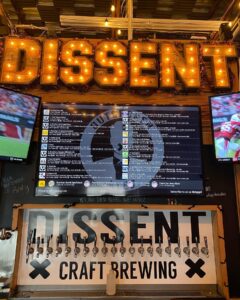 Keith is a high school history teacher during the week, but he bartends at Dissent every other weekend. He’s become a crucial part of the brewing team and helped create one of the more popular flavors – The Annual Passholder. It’s a creamy, citrus blend that tastes and smells like the famous Dole Whip dessert at the Disney parks.

While The Click was at Dissent, almost a third of the orders were The Annual Passholder.

The craft brew at Dissent has won awards nationwide, but it’s the family and community atmosphere that keeps regulars coming back and turns newcomers into regulars. Local students came by to study for exams while tasting the beers on tap. A special brewery “passport,” called the Pub Pass, brought many newcomers in to try out a first beer, and several stayed for a second round.

Regulars, like the Mitchells, hang out at Dissent every Sunday. Danny and Valerie Mitchell originally stumbled across Dissent because of a Pub Pass, discovering their love of IPA and sours, respectively. When their daughter Elizabeth came of age, it was natural to bring her along on their beer tasting. Elizabeth, now 23, is a big fan of the atmosphere, so different than many of the college bars her friends frequent. She feels comfortable hanging out with her parents or peers at Dissent’s pub-like family environment. All three are members of the special Mug Club.

“Everyone knows who you are,” said Valerie. “It’s like in that show Cheers.” They eagerly agreed that they felt like “Norm,” the popular character from the 1980s sitcom played by George Wendt.

On this particular Sunday, customers trickled in to try out a seasonal brew, watch the game on the big screen and catch up with friends.

Niki Darby and Cody Skags met at Dissent. She came to support  a long-time friend in his new job in 2019, and Mr. Skags had been coming to the brewery since it opened in 2018. When we talked with them, they were sitting in the same spots as the day they met. They both blame Dissent for meeting each other.

“We always said that if we got married, we’d do it right here at Dissent,” said Niki. Cody also liked the idea that Keith could officiate their wedding for a complete circle.

With its popularity only growing, Dissent is opening a new location in the area next month.