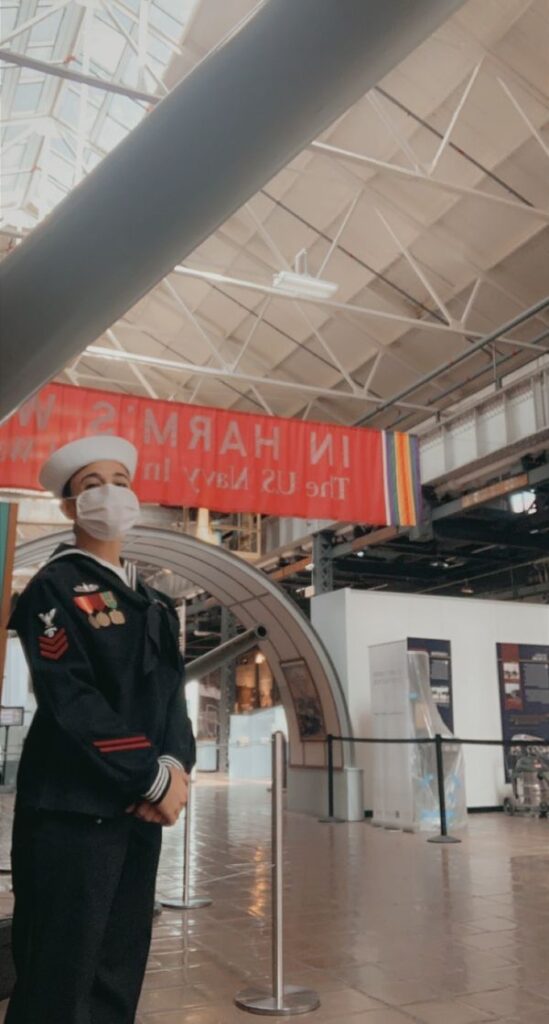 Photo of Gianna at a Navy Event. [Credit: Gianna D’Esposito]

From Jersey to Japan: A Profile of Gianna D’Esposito

Gianna D’Esposito joined the U.S. Navy because “what is the harm in doing some traveling and getting a free education.” She traveled all over the world with the Navy and now has some amazing stories as Interior Communications Electrician First Class Petty Officer Gianna D’Esposito.

Her favorite place, however, is Japan. She spoke  highly about how the culture is different from what we know in America.

“When I landed, I had to take the shuttle from the international terminal to the domestic terminal,” D’Esposito said, recalling her first visit to the country. “A man runs up to me, yelling when I hit the stop to get off. It looked like he was motioning for me to stop, so I did. He ran back with a cart, took all of my bags, put them onto a cart for me, bowed, and walked away.” She easily compared that experience to the subway in New York, “where someone would have taken my bag or shoved me.”

While she enjoyed Japan, D’Esposito shared other interesting travel stories.

She once accidentally ended up being a DJ at a club in Australia. One night, she went out with a few friends, and when the owner of the club announced the DJ canceled his show, the marines in the bar said they heard D’Esposito DJ on the ship at night and recommended her. The next night, she went back to run the show.

Currently, she is preparing to go back on deployment. This time, her destination is Bahrain in the Middle East. D’Esposito is looking forward to seeing more of the world and telling more stories of her travels as she serves her country.