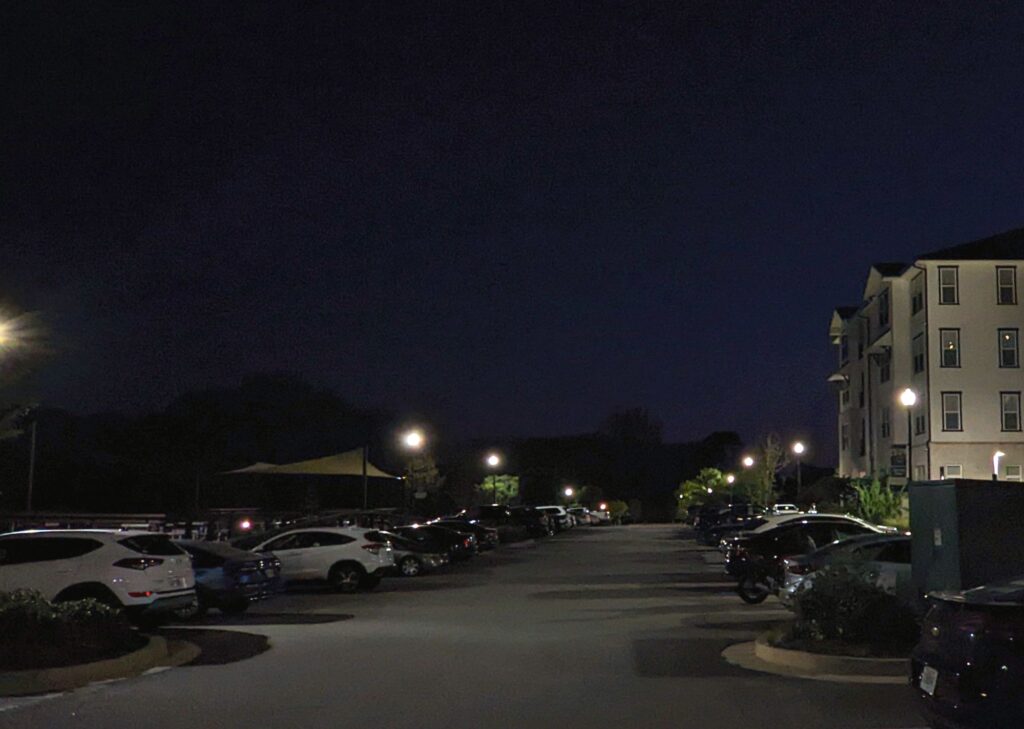 (SMYRNA, Ga.) – Residents of The Eddy at Riverview Landing met with management and police on Sept. 22 to discuss a recent rash of car break-ins.

Lt. Louis Defense III, a public information officer with the Smyrna police, confirmed that about 20 cars were hit on Aug. 21,  and another nine cars after that. According to police reports, more than $2,000 worth of property has been stolen from inside the vehicles. Defense acknowledged that part of taxpayer money goes to pay for safety, and that three incidents in less than a month is too many.

“There have been two smash-and-grabs on resident vehicles in the past four weeks,” wrote Karl Diver, a resident of The Eddy,  in a one-star Google review of the apartment complex last month noting a recent rent increase.  “The Eddy cannot control crime. However, the additional revenue they are bringing in should cover security measures.”

Soon after, The Eddy replied, “In response to recent issues that have occurred in the area, we issued an awareness letter to inform all residents of the situation and provide personal safety tips, have increased daily patrols that have been in place, and will continue to monitor and adjust these and other measures as appropriate.”

That same night, there was another car break-in, according to police reports.

Smyrna residents are not the first in the Atlanta area to be victims of this kind of crime. In January, Virginia Highlands residents reported to 11alive that 60 cars in the area had their windows smashed. According to local news outlets, multiple car windows have been smashed in Midtown and Fulton County, in just the last week of September.

At the Sept. 22 meeting, The Eddy management stated that they had met with a sales representative about installing Flock license-plate reading cameras. One of the four property managers present at the meeting claimed there were already some cameras at the property but “admittedly not enough.” When Diver interrupted and asked where those cameras were, the question was not answered.

After the meeting, Matthew Healy, a resident who put together a Google spreadsheet titled, “Neighborhood Information Hub” to track the break-ins, looked somewhat defeated.

He said the building management was trying to do the bare minimum and pass responsibility onto the Smyrna police. This was especially frustrating to him considering the high cost of the rent, which starts at $1579 per month for a studio.

As he put in the spreadsheet he created, “If they can afford personnel to kick residents out of the pool at closing, I would think that it is certainly within their monthly operating budget to hire/retain some guards/officers [and] install gates/cameras.”