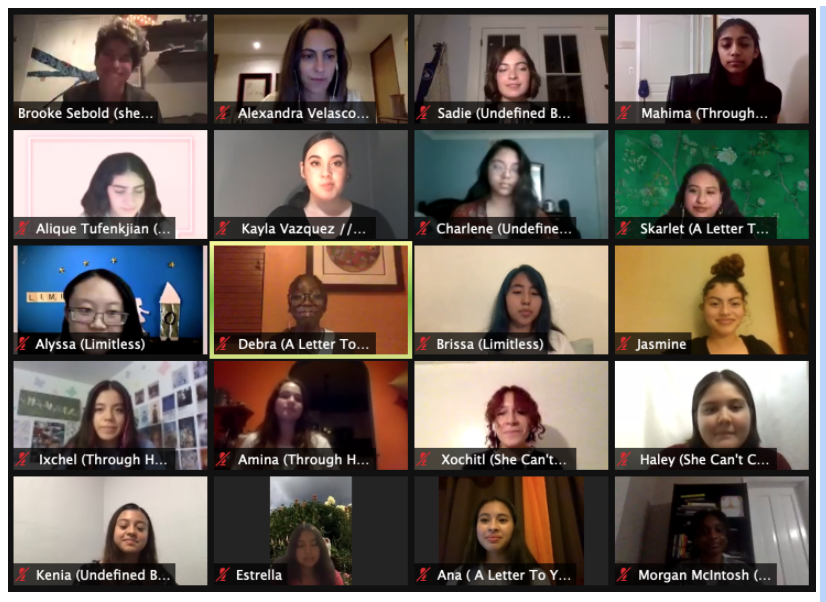 Some of the proud filmmakers with their instructors at the Girls’ Voices Now Film Festival 2020.

Some of the proud filmmakers with their instructors at the Girls’ Voices Now Film Festival 2020. [Credit: Women’s Voices Now ]

(LOS ANGELES) — The organizers of the third annual Girls’ Voices Now (GVN) Film Festival were not going to cancel their screening because of COVID-19.  The gala, sponsored by Women Voices Now (WVN), would typically have been held at a movie theater but instead streamed live Oct. 15.

GVN, now in its third year, allows teenage girls from low-income communities to learn the craft of filmmaking from professionals. The goal is to teach them documentary-style filmmaking as a tool to advocate for social change.

Nineteen teenage girls or femme-identifying filmmakers showcased their films via Zoom, supported online by the WVN team and their film teachers, friends, and family. Instead of sitting in plush movie theater seats, attendants settled on their couches at home. In lieu of a shared large theater screen, the festival participants gathered separately via computer screens and mobile phones.

The five films included “Through Her Eyes,” “Limitless,” “She Can’t Control Herself,” “Letter To You,” and “[undefined beauty].” Each film had a production team of three to four students, who shared duties including writing, research, producing, acting, voiceover work, and editing.

Heidi Basch-Harod, WVN’s executive director,  welcomed the virtual audience by having the guests imagine what it would be like if the event were taking place in a real theater. The introduction highlighted the circumstances that have forced film festivals to go virtual and demonstrated that the community and social purpose surrounding GVN remains strong.

“These films felt more powerful than the previous ones,” Basch-Harod said when describing the pandemic’s impact on how the girls chose their documentary topics. “I think the films from previous years were all very powerful—but not being able to go out into the world and to find subjects to interview, this year’s [selection of films] were all about the girls’ voices and their experience of the world.” 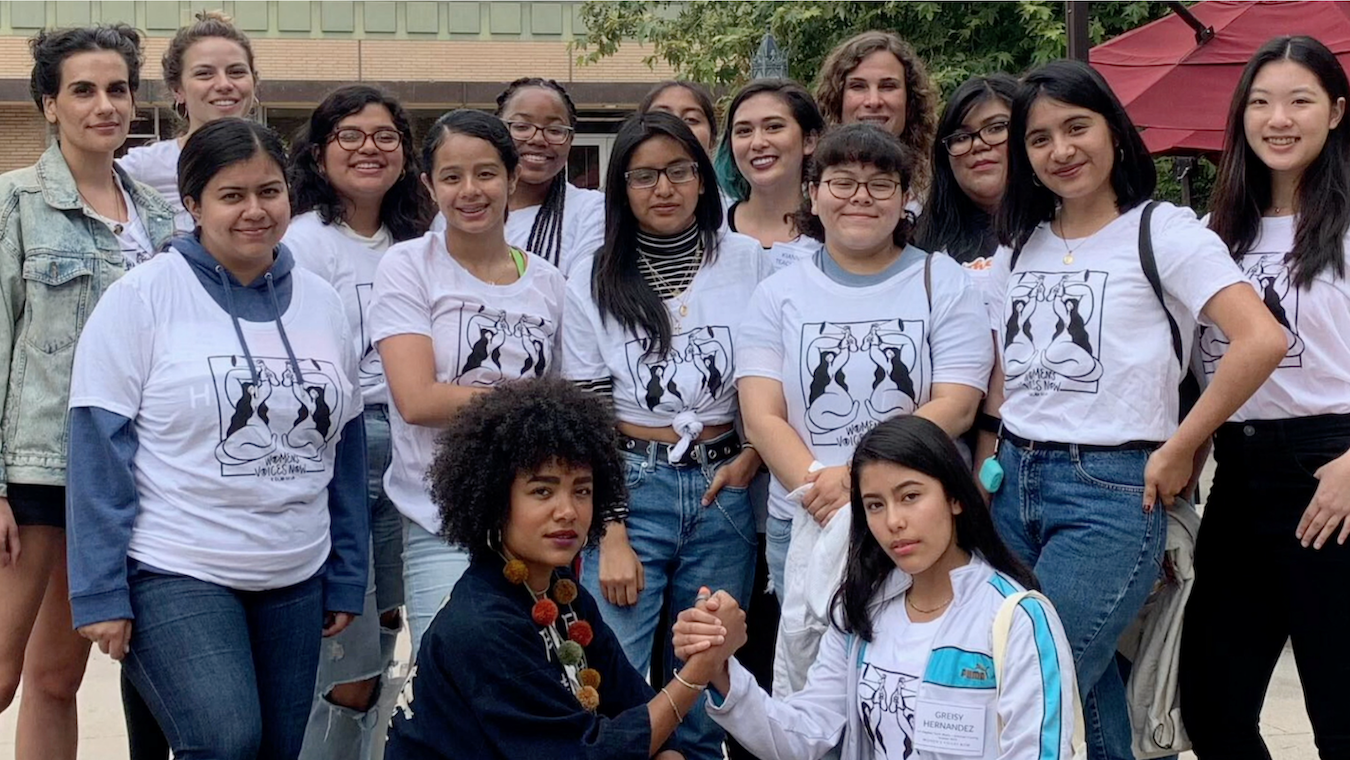 “I think the fact we had to use our phones taught us to be more resourceful,” said Haley Rodriguez, who partnered with three classmates on “She Can’t Control Herself.” She and her cohort learned that they didn’t need expensive professional cameras to make something impactful. “We have our vision, and the important thing is getting it out,” Haley said.

Alyssa Chang’s film “Limitless” was about the need for more girls and women in STEM. Her team found that the constraint of the virtual format forced them to be more creative. “We had to come up with a different way to tell our story–so that’s where the stop motion animation idea came from for our film. We could all work on that creative aspect, but remotely at the same time,” said Chang.

Due to the restrictions of the shutdown, the students shot what they could—using themselves as subjects, conducting interviews on Zoom, and filming areas around Los Angeles.

“The cool thing is that the girls have stayed in touch, “ said Ariane Thielenhaus, director of programs & partnerships for WVN. “They do weekly movie nights. For me, that’s the best symbol of something working: it didn’t stop when we weren’t providing the space anymore.”

Women Voices Now is a non-profit organization based in California focused on social change and raising awareness of women’s rights through the medium of film. For more information, go to https://www.womensvoicesnow.org.