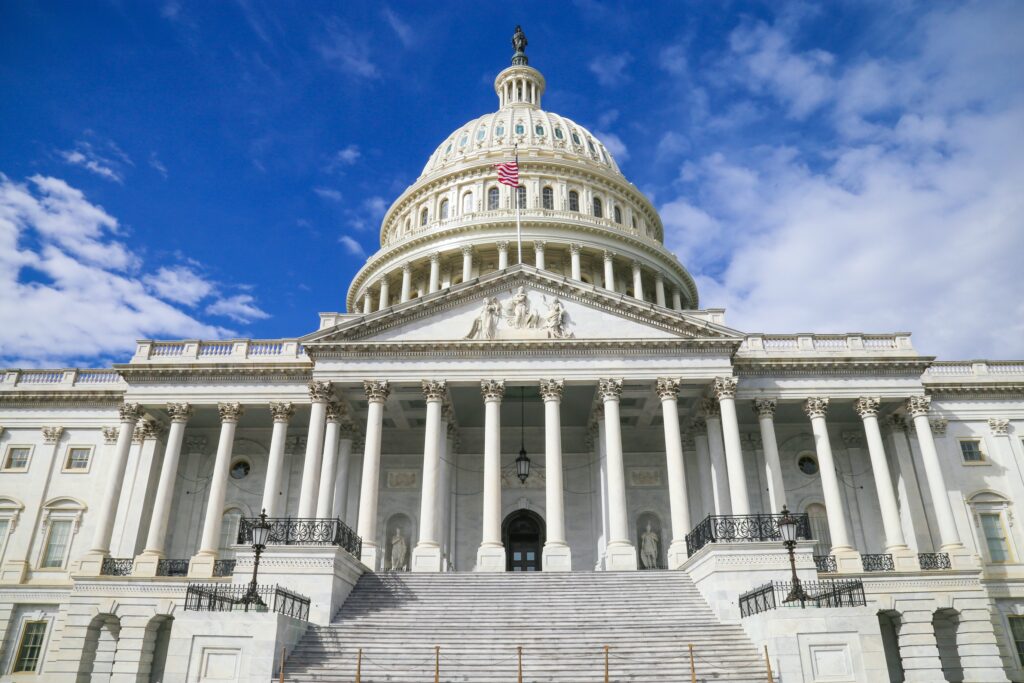 (WASHINGTON) —  A year before the midterm elections, Democrats and Republicans are fighting to outraise one another in campaign fundraising. Democrats have an uphill battle attempting to maintain their slim margin of control in both chambers.

The Democratic Congressional Campaign Committee has raised a record $35.8 million for the third quarter, beating Republicans by $10 million.

In a statement released by the Democratic Congressional Campaign Committee, the group said it brought in $35.8 million in the third quarter, which included $14.5 million in September, the best off-year third quarter in the committee’s history.

This is also the first time that Democrats have outraised Republicans since 2014. The National Republican Congressional Committee brought in $25.8 million for the third quarter.

At the start of October, the DCCC had $63 million, which is $26 million more than the committee had in 2019. However, this is less than the NRCC, which has a total of $65 million.

While it’s an off-year, both parties’ significant campaign fundraising show how important the 2022 elections will be. Republicans have vowed to take control of both the House and Senate, while Democrats are working to stop that from happening and prevent any opportunity for former President Donald Trump to make a comeback.

“In the last year, you’ve seen former President Trump and Republican allies question the election results and then the insurgence on January 6,” said Basil Smikle, a Democratic strategist and director of Hunter College’s public policy program.

“There are a number of issues that have mobilized Democrats to think more seriously about the impacts of losing the Congress in the midterm,” Smikle said. “There is this renewed interest in making sure that Democrats have the resources to be competitive.”

Historically, a president’s party loses congressional seats in midterm elections. In the 2018 midterms, Republicans lost 41 seats with Trump in the White House. In comparison, Democrats lost 63 seats in 2010 during Barack Obama’s first term, according to Bloomberg.

“While Democrats have done slightly better right now, it’s actually quite close. It’s notable, but they are not beating Republicans by a large margin,” said Lindsey Cormack, a political science professor at Stevens Institute of Technology.

“It would be very surprising to me if Democrats were able to keep both the House and the Senate. The margins are slim, and the Democrats underperformed during the Biden presidential win.”

Republicans only need six additional seats in the House to take back control and one in the Senate. Democrats are also facing another uphill battle with President Joe Biden’s falling approval rating. Congressman Jim Clyburn, the third highest-ranking Democrat in the House, said in late October he was “not too sure” that Democrats could maintain control of Congress.

Republicans are weaponizing the current administration’s withdrawal from Afghanistan and the ongoing COVID-19 pandemic. At the same time, many are divided on the issue of whether to support former President Donald Trump.

“The big Republican question is, what do they do about Trump? Do they want their candidates to be allied with him in the hopes that it whips a base? Or are there a set of Republicans that are wary of that sort of association and worry that actually may do more to turn out Democrats,” said Cormack.

A Win for Democrats

The Biden administration scored a bipartisan win when the Senate passed a $1 trillion infrastructure bill, one of Biden’s primary goals. The bill will rebuild the nation’s deteriorating bridges and roads along with plans to help the climate. The vote was 69 to 30, with a yes vote from Senator Mitch McConnell.

On November 15, Biden signed the infrastructure deal into law before a bipartisan crowd on the White House lawn.

With a razor-thin majority, Democrats will need to secure every win they can before the midterm elections.

“We’re winning on fundraising because our supporters know just how dangerous it would be for the country if Republicans were in charge,” said DCCC Chairman Rep. Sean Patrick Maloney in a statement in October.

“The stakes are high, and we believe voters will reject their dangerous vision for America, which is about pushing junk science while Americans die despite access to life-saving vaccines, openly attacking our elections, and allowing women’s rights to be rolled away.”