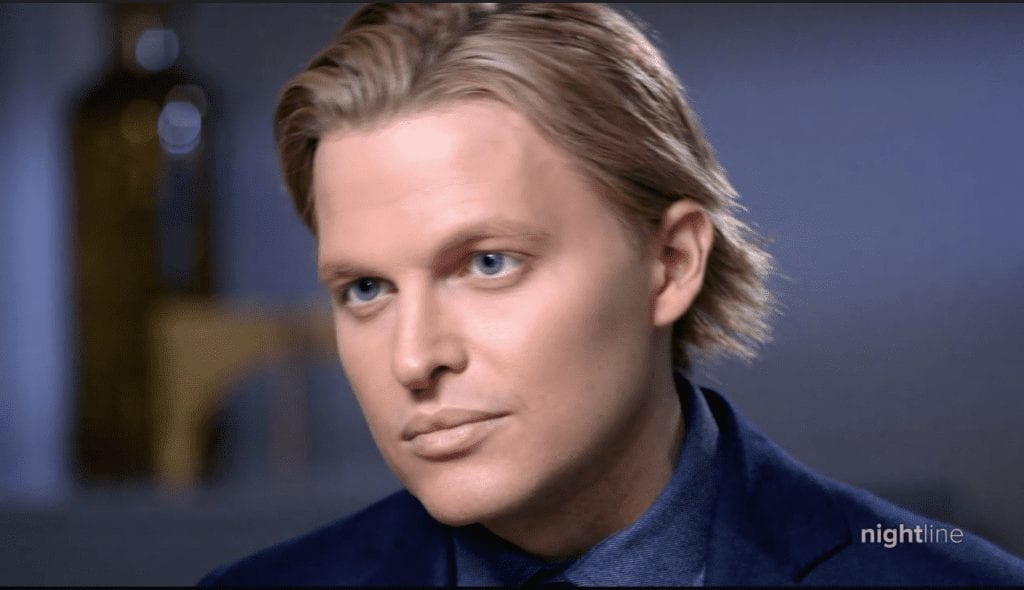 “I was able to tell this story because people were brave as hell. And they are still being brave as hell and refusing to shut up.” – Ronan Farrow, author of Catch and Kill, speaking on an October 2019 episode of “ABC News Nightline”.

VERO BEACH, Fla. – Ronan Farrow is a ubiquitous presence on the media circuit. With a new bestselling book and publicity tour, numerous TV interviews, and a publicly heated exchange with network bigs at NBC News, Farrow is once again front and center of the #MeToo movement.

Part of the story’s allure is its exploration of the seductive elements of glitz, power, media and Hollywood. America, popcorn in hand, can’t resist the temptation to watch as the flames engulf the famous and all-powerful.

Remove the sensationalized portion out of this journalistic equation. The testimonies of these women who dared to speak up have had enormous weight. In making the difficult choice to share their pain, these stories have spawned a national discussion on sexual harassment. Farrow’s investigative reporting magnified the message. In an article for The Hollywood Reporter Farrow wrote, “A reporter’s role isn’t to carry water for those women. But it is our obligation to include the facts, and to take them seriously.”

When journalism is at its best, when the story results in a larger society-wide discussion that yields positive change, it is worth examining not just the work but also the reporter. Yes, Farrow got the facts. Yes, he took the victims seriously. But he didn’t just stumble into this story, he blew it up. He exposed a horrific box of secrets that powerful men had managed to keep locked shut. Why was Farrow able to tell this story when other reporters could not? What was it that he said or understood about sexual assault that helped get these victims to speak out?

The issue of sexual assault was one Farrow was exposed to in early childhood. His sister Dylan, at the age of seven, accused their father, filmmaker Woody Allen, of molesting her in the 1990s. An investigation took place. The state attorney said there was probable cause to press charges but ultimately decided against it due to “the fragility of the child victim.” Allen, then and now, has denied the allegations.

At the age of five, Farrow witnessed the story play out in the national media. Later, as an adult and member of the media, Farrow observed the kind of powerful PR spin a man of his father’s position could generate. In his essay, Farrow said that when Dylan attempted to share her story with various publications, “most wouldn’t touch her story”. In fact Farrow stated that an editor at the “Los Angeles Times” contacted him, after the writer’s bosses killed the story, and claimed “there were too many relationships at stake” to run Dylan’s letter. In 2014, the “New York Times” published Dylan’s story. It also afforded Allen a response six days later.

As Farrow worked to build his career, he wanted to distance himself from his family’s past. Farrow believed his sister but battled with Dylan’s decision to reopen the wounds from their childhood. “Initially, I begged my sister not to go public again and to avoid speaking to reporters about it.” In an interview with ABC, Farrow admitted he changed his opinion on his sister’s decision to speak up. “I evolved from thinking she should shut up to understanding she was doing something important.”

When Dylan came forward, Farrow was forced to reflect on how these kinds of stories were handled. “I began to look carefully at my own decisions in covering sexual assault stories.” He recognized how many members of the media ignored the important questions on this topic. “That kind of silence isn’t just wrong. It’s dangerous.” Farrow concluded his THR guest column with, “It’s time to ask some hard questions.” That is precisely what he did.

Farrow’s ability to ask the hard question relates directly back to his sister. While on an episode of The View, Farrow said that his sister was the person who “inspired me and helped me understand” the challenges women must go through when they allege sexual abuse. Dylan’s experience helped Farrow comprehend the breadth of the story he was attempting to tell and served as a guide to help him navigate sensitive conversations with victims who had undergone similar horrors.

Farrow spoke with “Esquire” and credited his sister’s role not only in igniting the national discussion but also within his own work. “In my personal story, a lot of credit (to Dylan) for being a voice of conscience that was unflagging. I was very fortunate to have someone who I could call and who was my sister.” Farrow explained that before he interviewed a source, he would call his sister and ask, “Do you have any advice on how to approach this?”

In 2017 he discussed with “CBS Sunday Morning” how Dylan helped him understand the victims. “The logic that she articulated to me had a lot in common with the logic raised by women speaking out against Harvey Weinstein. She wanted to make sure that other women were protected.”

But in order to protect other women, the victim’s story first had to be told. In an interview with The Guardian, Farrow said, “I absolutely feel an ongoing obligation to every source that was brave enough to help expose injustice, and that obligation doesn’t end on the day that story is published.” Getting the story published was something else altogether.

In 2017, after months of gathering evidence and reporting, NBC refused to air the story. The network claimed the piece needed more work. Frustrated by NBC’s lack of support, Farrow left the network that August. A few short months later, Farrow’s persistence paid off and his story broke on the pages of “The New Yorker”.

The reason Farrow refused to quit was personal. “It would have been impossible to live with myself or answer to any of the many women I had already interviewed, if I had stopped.” Farrow could not stop and neither could his sister. Dylan pressed forward for years with her truth. That journey eventually helped her brother crack the story of a lifetime, a story so many other reporters could not or would not touch.

Ironically, this tale came to fruition because several victims, all of whom are female, trusted a man. Trust, the very thing broken by men who assaulted and harassed these women, was the one element Farrow needed to gain in order to get answers. He earned that trust in two ways. One, he turned to Dylan to understand. And two he answered the call. Rose McGowan, the woman who was critical in the takedown of Weinstein said, “I asked Ronan if he could be brave. And he said yes.” Or as Farrow said, “brave as hell.”