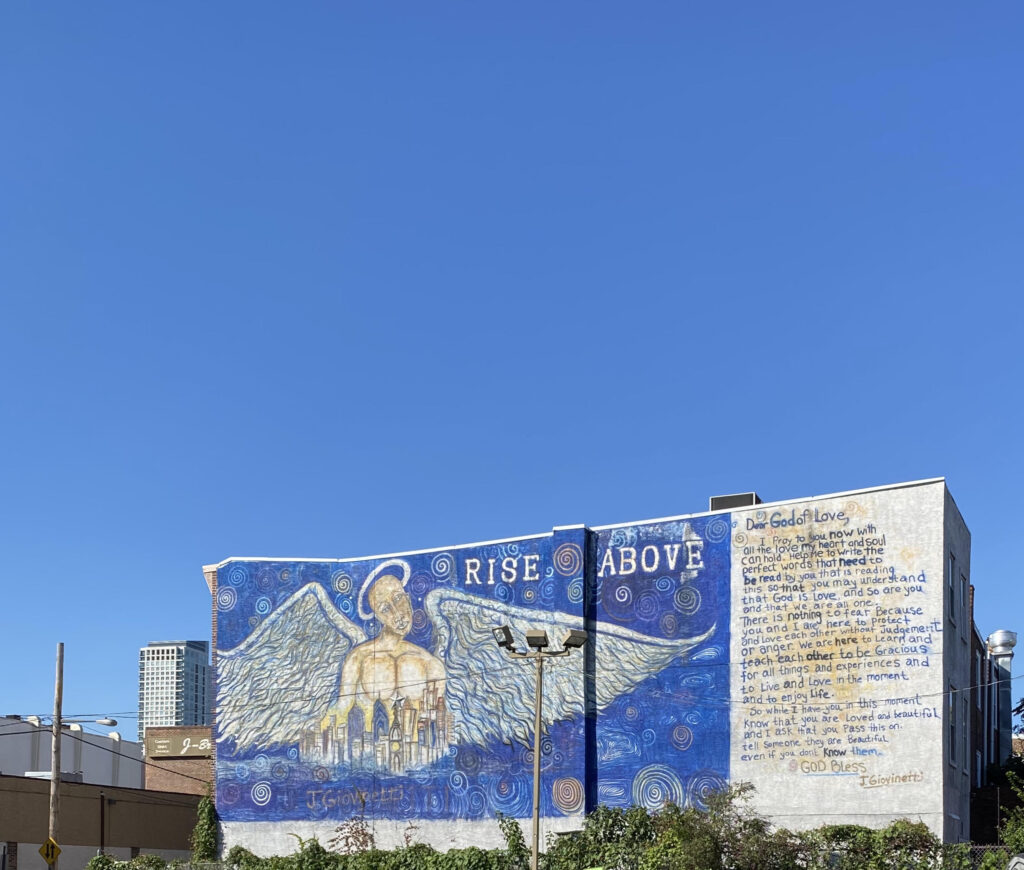 On Fabric Row,  Red Hook Coffee and Tea now offers pick-up from a storefront window alongside two signs that read “Black Lives Matter.” A few doors up at Kawaii Kitty Café, “BLM” is spray-painted in purple letters next to the front door. According to the café’s Instagram account, it is temporarily closed due to COVID-19. Before the pandemic descended on the neighborhood, the café was a popular place for customers to play with a variety of cats.

To the south of the coffee shop and cat café, red-brick row homes on Queen Street sport flags and posters in windows that read: “Say Their Names” and “Black Lives Matter.” Paradigm Art Gallery and Southwark restaurant on South Fourth Street have similar signs in their windows. Southwark restaurant has a second sign that reads, “We are a safe space. We will not tolerate anything but love + respect. No BS.”  On a boarded-up window covering Fifth & Fitz beauty salon, a rainbow yarn installation by artist Nicole Nikolich is stitched into wood with the words “Black Lives Matter” above it.

To the north, on South Street, a mural to George Floyd, a Black man killed in May by a white Minneapolis police officer, says “8:46” and “I can’t breathe.” Floyd repeatedly said that he could not breathe while the officer knelt on his neck for what was originally reported as eight minutes and 46 seconds.

The signs come at a time when federal and state legal systems have been called into question following the police killings of Floyd, Breonna Taylor, Tamir Rice, and many others. A mural in the neighborhood painted above a parking lot shows a picture of a man with angel wings looking over the city of Philadelphia. The caption reads “Rise Above.”