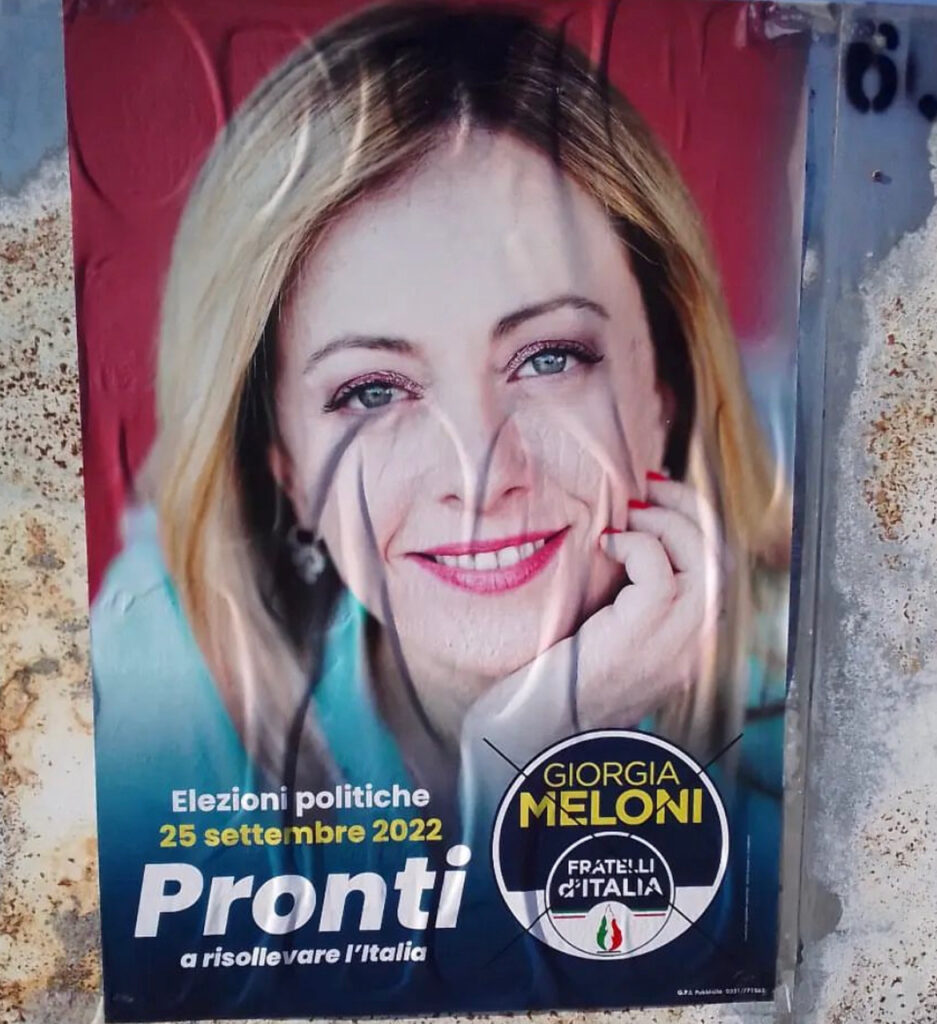 (MILAN, ITALY) — After a brief electoral campaign, Italians around the world voted on Sunday for Giorgia Meloni to be their first woman prime minister.

Following the unexpected resignation of former Prime Minister Mario Draghi last July, the right-wing coalition, led by Meloni’s post-fascist Brothers of Italy, won the election with 44% of the vote. Brother of Italy party received 26% of the votes. Her main rival, Enrico Letta, leader of the centre-left Democratic Party, obtained 19%.

Despite the historic win, Italians are more concerned about the future of the country when it comes to the economy, finding employment, environmental justice issues and violence against women. Meloni’s campaign barely discussed an action plan for these concerns.

“I am worried about the future. Italy is a good country for holidays, but there is nothing for new generations. Moreover,  it is tough to find a fixed-term employment contract,” said Filippo Valentini, a master’s student, who also wants the new prime minister to create new policies to fight global warming and unemployment. In July, 7.9% of the population were jobless, an ISTAT report explained.

There’s nearly  51 million citizens registered to vote, of which 4.7 million casted their ballot and 2.6 million Italians over 18 voted for the first time for members of the Senate. The overall turnout was 63.9% – nearly 10% less than the 2018 election and had the highest abstention ever with 36.1%.

“Italy needs new legal measures to fight violence against women and femicides”, said Laura Figaroli, a housewife. Last year, 125 women were murdered by their partners or ex-partners, 13 more than in 2020.

During the campaign, Letta and Meloni discussed wanting to improve some policies, but didn’t impress voters with their other ideas.

Letta, who served as prime minister from 2013 to 2014, said, “it is necessary to abolish unpaid internships and insert the minimum wage.” He was against Ukraine’s invasion, supported LGBT rights, same-sex marriages and legislation to combat homophobia.

And while Meloni’s support in polls expanded from 4% to 25% in four years, she did not explain how her administration would deal with poverty, unemployment, security and migration, yet promoted being anti-immigrant, anti-gay marriage, pro-traditional family unit and says she is in a de facto relationship.

“I do not trust her. She is ambiguous and unable to protect women’s rights,” said Maria Alvares. In 2019, Meloni prided herself as an Italian woman, mother, and Christian in Piazza San Giovanni (Rome) during her campaign.

Prior to Meloni’s win on Sunday, Davide Menini, a construction worker, said he decided not to vote along with millions of other Italians because he couldn’t find a candidate worthy to vote for. “I want more guarantees for citizens and sustainable gas and electricity prices,” he said, referring to the rise in electricity and gas prices since Russia invaded Ukraine earlier this year.

After the results, Roberto Bagnolo, a broker, said, “I will find another country to live in.”