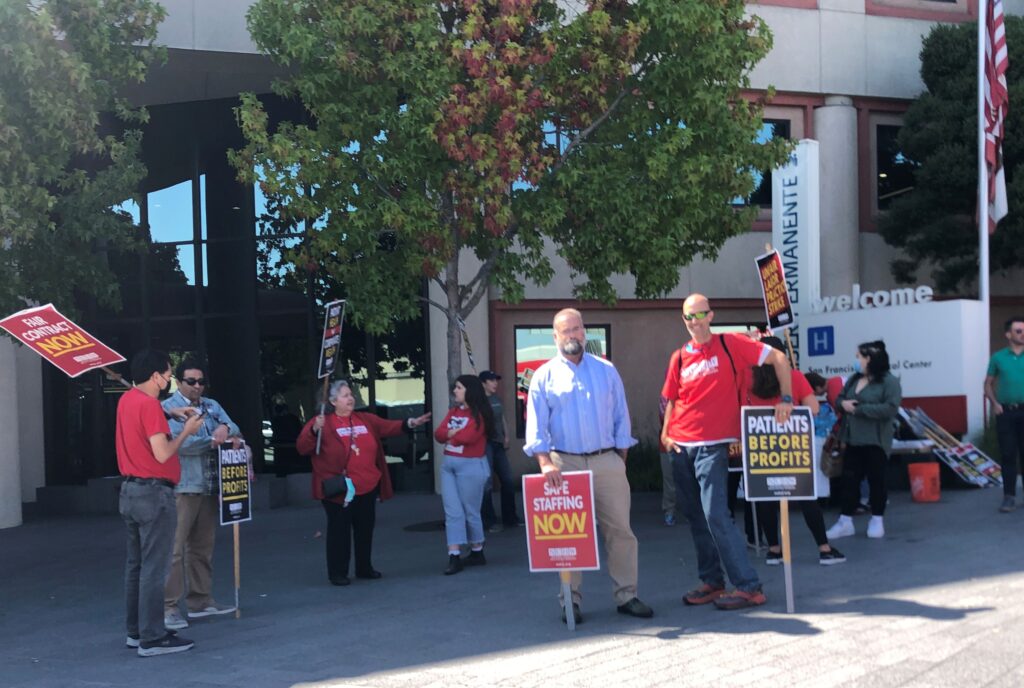 At noon, the picket line received visits from Kim Tavaglioni, executive director of the San Francisco Labor Council, and Preston, the District 5 Supervisor who is the first Democratic Socialist to win a local election in San Francisco since 1979. He was supported by labor organizations during his last election. Using megaphones, the two officials voiced support for the striking clinicians. 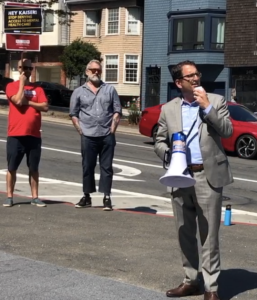 “I want to tell you that what you are doing here is important,” Preston said. Invoking his late sister Leslie Preston, who spent 20 years as a behavioral health clinician at La Clinica de la Raza in Oakland, he said,  “I talked to her every day, and it was always all about patients, how  [the clinicians] couldn’t provide the level of care they needed.”

Preston ended by offering help to the strikers.  “Anything you need from my office…you just pick up the phone. We will be there for you.”

Nearly 4000 of Kaiser Permanente’s mental health clinicians are striking for increased staffing and shorter wait times for patients, which they say will enable them to provide better care. They have the support of the National Union of Healthcare Workers (NUHW).

Talks between the union and Kaiser have broken down repeatedly, most recently on Sept. 24. According to a statement released by NUHW, “Kaiser management [refused] to consider proposals aimed at increasing staffing, improving access to care, and stemming the exodus of therapists from Kaiser.”

Upon reaching out for comment, Kaiser’s media contact responded with a link to their public statement released on Sept. 15.

“We’ve been clear that our patients cannot afford the union’s aggressive proposal that significantly reduces therapists’ time available to care for them,” the statement says. For the moment, the two sides remain far apart.

A public hearing on Sept. 27 failed to resolve the issues. According to a report by the San Francisco Chronicle, Kaiser declined to attend the hearing, preferring to meet with supervisors privately at an undetermined future date. Meanwhile, families and clinicians in attendance shared stories about the impact of inadequate care on patients. In one recounted case, a 55-year-old man sought urgent hospitalization for his suicidal thoughts, but was turned down in favor of outpatient care instead. His daughter—a clinician herself—blamed that decision by Kaiser for his subsequent suicide.

The strike comes after years of complaints from patients, therapists, and state regulators that Kaiser’s management does not understand therapy, though they may comply with the letter of the law. An earlier five-day strike in 2019 failed to yield results.

Long wait times for follow-up appointments is another issue. “A patient might finally open up to me about a childhood rape,” said clinician Patrick Ennis. “If I can only see them again five weeks later, the progress is lost.” He added, “It is about seeing patients in a timely and ethical manner.”

Clinician Jeff Chen-Harding compared the working conditions to a factory. The frustrating work conditions mean that new hires burn out soon after they start, leading to increased workload for the remaining staff, he added. Although Kaiser recently touted 200 new hires in 2022, there were still 177 jobs unfilled. 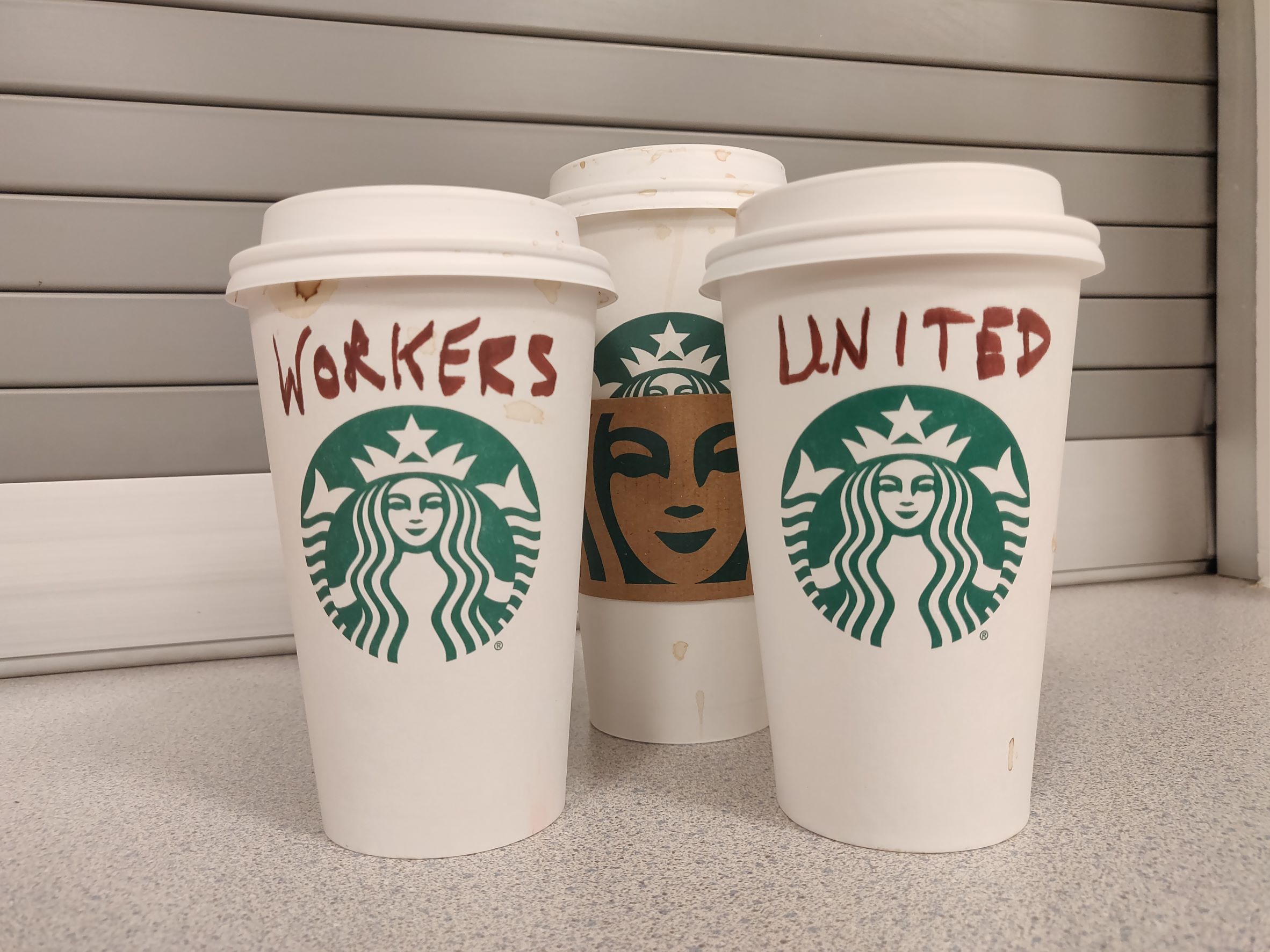 “Starbucks has done an incredible job at using scare tactics and making people afraid of retaliation,” says one worker leading the effort at her store.