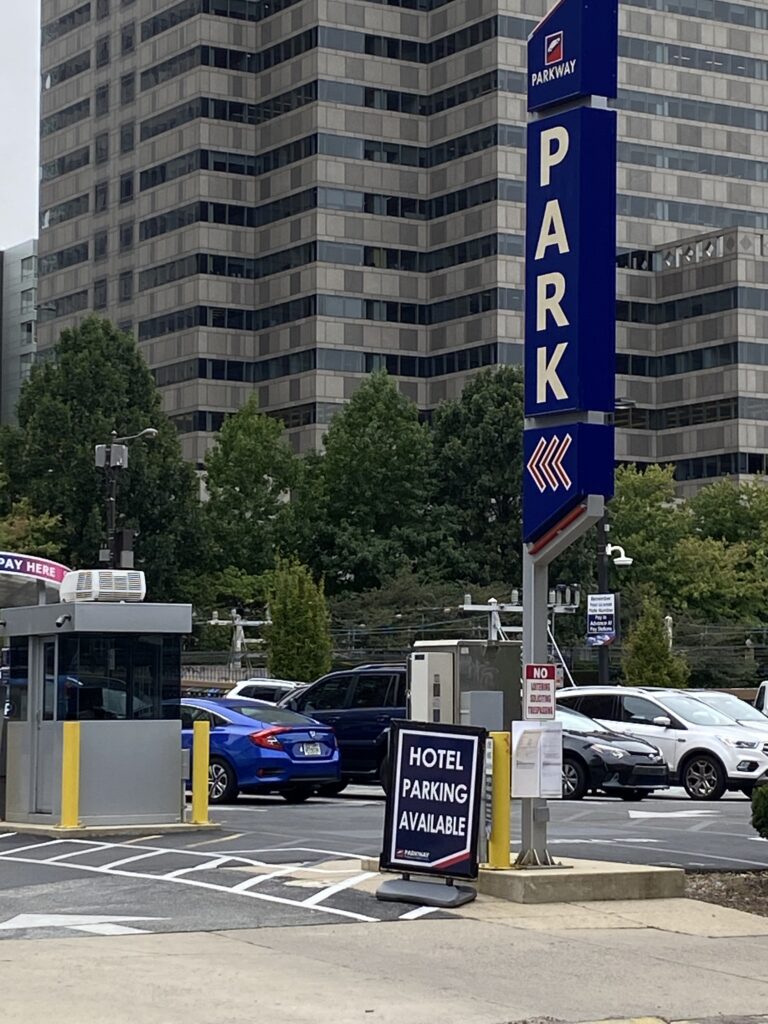 Future location of a 15-story building at the corner of 20th and Arch Street in Logan Circle. (Photo by Emilia Maia)

(PHILADELPHIA, P.A.) – The Logan Square Neighborhood Association (LSNA) held its monthly board meeting on Sept. 13— in-person and via Zoom — to discuss the construction of a 15-story office building on parking lot on the corner of 20th and Arch Streets

Logan Square sits next to Benjamin Franklin Parkway and is where many prominent museums that attract millions of visitors annually and office buildings.

Negotiations between LSNA and Parkway Corporation to build this high-rise building in a mainly residential neighborhood had been ongoing since 2016, when Parkway Corporation announced its intention to sell the parking lot.   According to the building plan presented during the board meeting, the building has space for 2,000 people, large enough to have attracted Chubb Insurance, the leading commercial lines insurer in the U.S., to sign a 20-year lease, according to an article published in the Philadelphia Business Journal.

Dan Kutshera, who bought a townhouse with his partner on Arch Street, a block away from the construction site, said that residents have known that this construction would be a done deal from the beginning, but they had put up a fight and will continue to do so.

During the meeting, which had about 40 virtual participants, a young man asked about the number of parking spaces that the building would provide because parking is already an issue in the neighborhood. The question stirred up a commotion amongst live audience members as Parkway Corporation confirmed that it would only have 80 parking spaces. To calm residents’ concerns, a spokesperson for the developer reminded them of the many public transportation options in Center City.

Still, residents were wary. They continued to press the developer on this issue because parking spaces are already limited. The concern is alarming residents more now that Covid restrictions are fully lifted in Pennsylvania and more people are visiting the city again for museums and other activities.

“The only certainty we have is that parking will be a nightmare, not to mention all the rats that will come out once the construction starts,” Jay Silber, a resident, said.

The construction is set to start in 2023 and is expected to be completed by 2025.