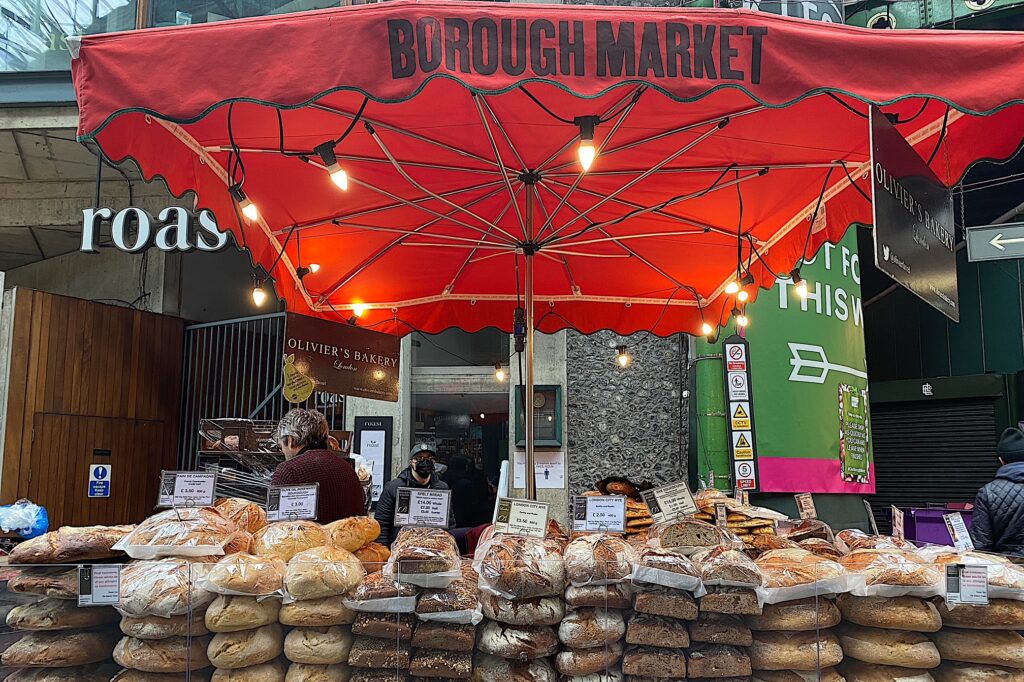 (LONDON, UK) –  Francesco Antonio Buffone sits alone in his stall surrounded by Italian cured meats, cheeses, olive oil, honey, and sun-dried tomatoes. It’s eerily quiet in Borough Market, the iconic destination in the heart of London that houses dozens of these tiny stalls. Buffone’s De Calabria is one of them, and like the others around him, there aren’t many customers.

Since last year, Buffone and his boss Giuseppe Mele have been trying to survive the dual headwinds of the COVID-19 pandemic and Brexit. It’s a fight that many of London’s entrepreneurs know too well.

“Both these things happened at the same time. It’s almost as if they were planning to happen together,” Buffone, a young man who is originally from Italy, told The Click.

At almost 1,000 years old, the Borough Market is London’s oldest food hub and an iconic tourist attraction. Visitors to the market find their senses swarmed by delicacies from Europe, India, Latin America, Israel, and other far-flung corners of the world.

“All this food mixed together reflects what London is, that is this melting pot of culture, talent, and sheer hard work,” Darren Henaghan, managing director of the Borough Market, told The Click. Henaghan added that additional paperwork and customs duties imposed as a result of Brexit has damaged this “love affair that the British had with continental food” in the market. 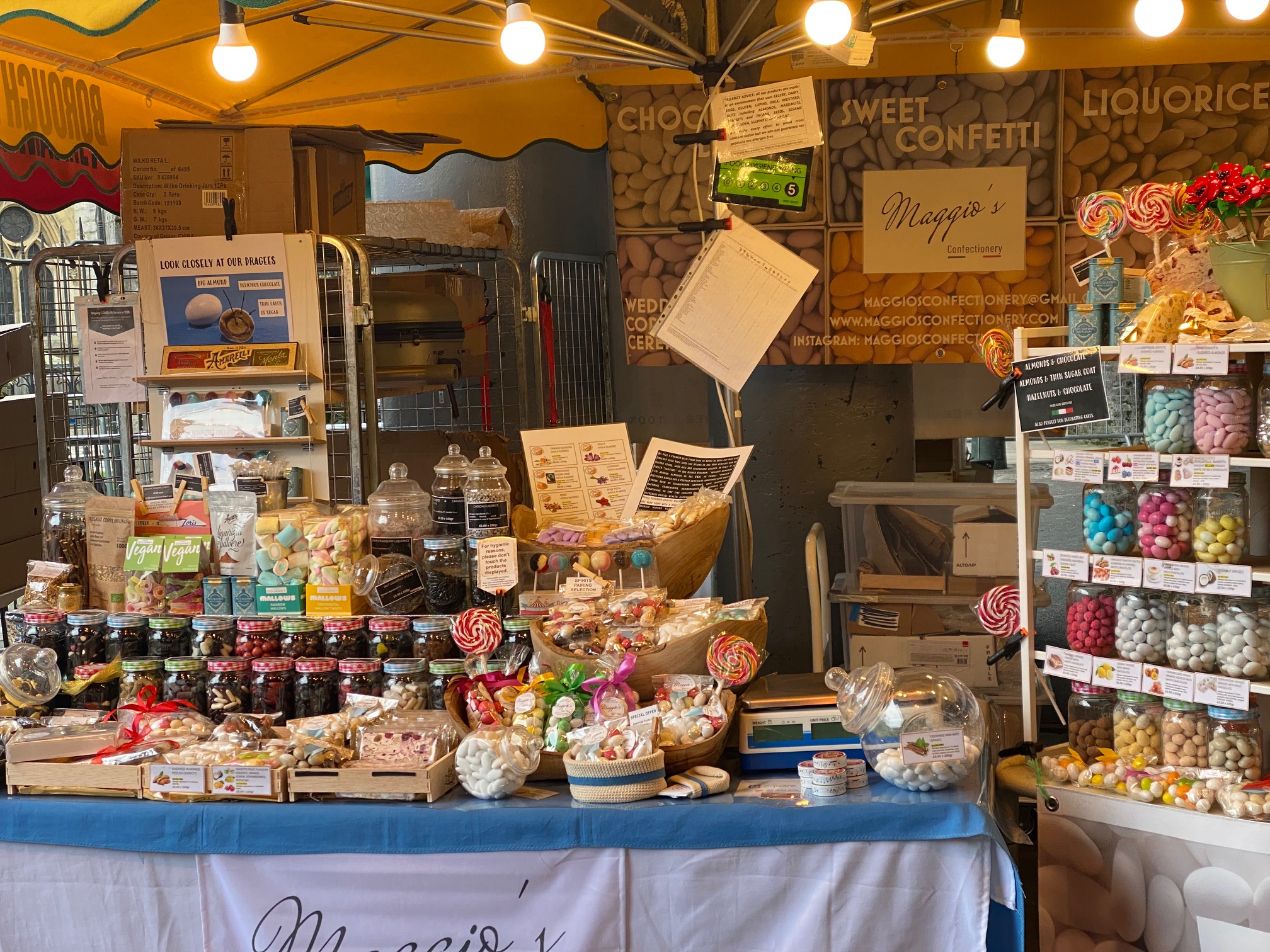 The rules of origin requirement introduced by the Brexit agreement has imposed additional customs duties on many European food products if they are deemed to have a non-EU origin.

“We are paying a lot of money to bring the produce into the market. We may have to increase the prices,” Buffone said. “I am scared that if prices go up, people would not come to buy, even if the stuff is good.”

Market traders who import perishable products like dairy and speciality meats are particularly affected by the delays caused by the extra paperwork imposed by the new Brexit bureaucracy.

“There is an increase of 5% administrative costs to our core cost approximately, and the time to bring the goods has increased by one day,” Philip Crouch, owner of The Parma Ham and Mozzarella Stand, told The Click. Buffone also said that some goods have been delayed coming into the UK. “It’s not a great thing,” he added.

The Brexit agreement came into force on January 1, 2021. According to Olivier Favrel, owner of Olivier’s Bakery, it’s still too early to feel the full impact of Brexit on London. “COVID has complicated it and has made it very difficult to understand what the real outcome would be,” he said.

The other business owners and the market’s management believe that Brexit’s impact has been instant, and it has affected the market’s brand.

He added that the market has always benefited from the freedom that being part of the EU created.

The new UK immigration rules would also make it difficult for new European workers to find jobs in the market and force some existing workers to leave the UK, further impacting the market’s culture. 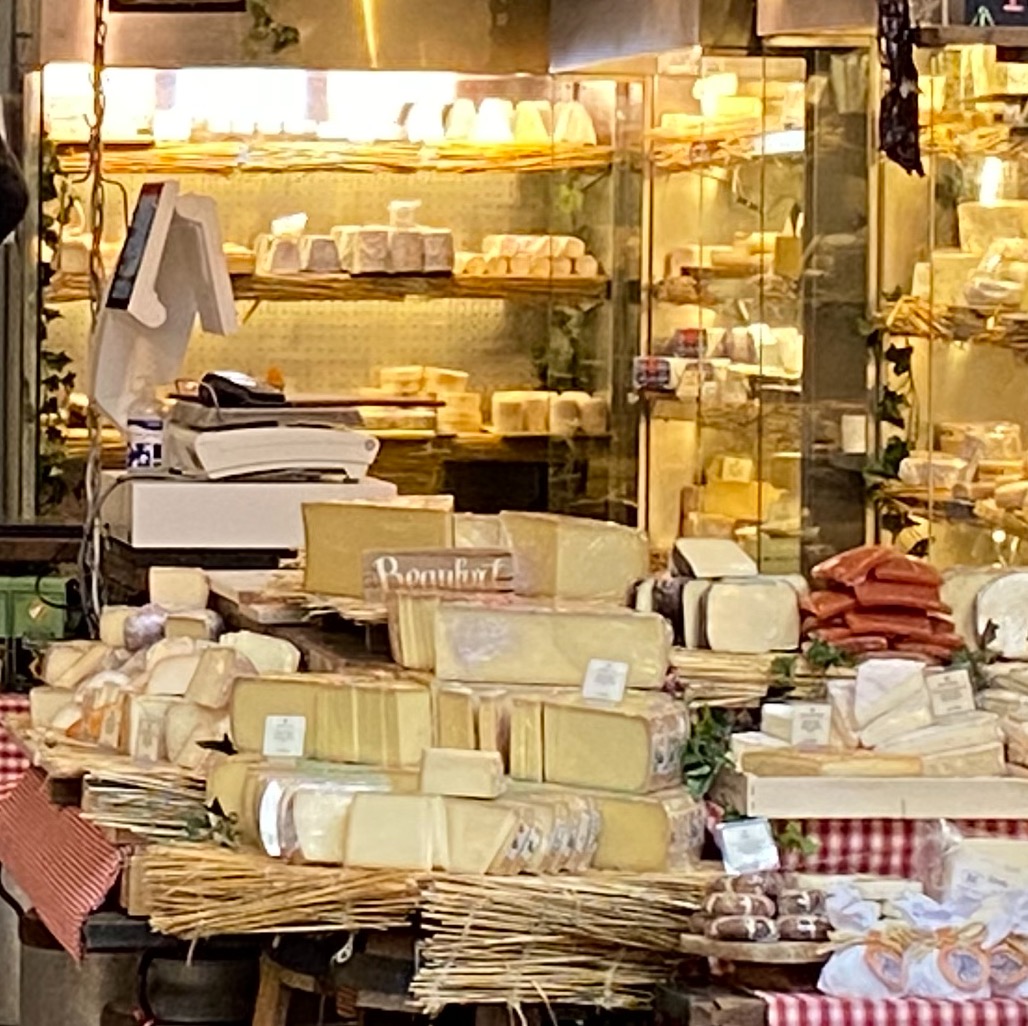 The historic changes brought by the Brexit negotiations were the first blow, stall owners told The Click. Then, in early 2020, the pandemic hit, and London was put on lockdown.

“There is a huge difference. It was a very busy place, with tourists from all over the UK and world. Now, after one year, there are no tourists around, and that has compromised our business,” Buffone said.

Henaghan noted that the market’s clientele and their palates have shifted in the past year. “We had a far less international audience than what we did before. But we had a bigger engagement with our London audience,” he said.

It’s complicated to calculate the total loss borne by the market because there is no common till system. The sole aim of many traders has been to carry on retail efforts, despite businesses suffering losses. However, some traders say it is better than nothing. “It’s been challenging, but we managed to keep going,” Favrel said.

The restaurants based in the market have been the worst affected because they have been closed for almost a year due to the lockdown measures imposed by British authorities.

“If you go about ruining the hospitality industry, the way the government went about, would be the perfect way. It was not about why they closed but more about how it was done,” Henaghan said.

But despite these existential threats, Buffone said it has been great to have the support of the locals.

“Before the pandemic, the market was more of a destination for the day rather than a useful resource to provide people with what they need for their cupboard. Now the business has become entirely dependent on local residents and has to feed what local residents want,” Charles Tebbutt, owner of the Food & Forest stall that specializes in agroforest nut products,  told The Click.

The pandemic has helped other market traders realize their desire to be regarded as businesses grounded in the local community, rather than as a hotspot for tourists.

“We are no business for tourists, we are a serious business,” Buffone said.

In order to survive, many small traders like Mele and Buffone have pivoted their business models.

“I was not online before, but now I have customers asking me to send packages online,”  Buffone said.

According to  Henaghan, 2.5% of the market’s produce, which approximately values  $2.7 million, is now being traded online via a website. 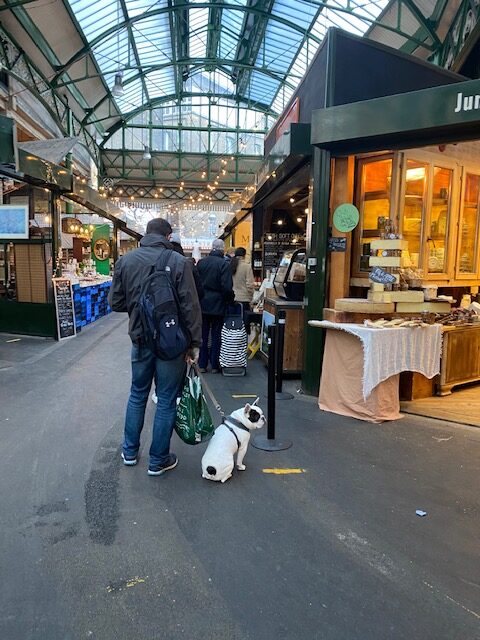 Crouch said he increased his online business by 95% during the pandemic, despite an overall reduction in sales and losing all of his wholesale customers because of restaurant closures. He added that despite challenges, it was an “extraordinary creative time.”

The market has launched innovative ways to increase sales like Christmas hampers and luxury subscription boxes. The customers can either collect these boxes directly from the market or have them home delivered.

“Out of every crisis comes opportunity,” Henaghan said.  “Some groups have more money in their pocket and want to spend it on good food.”

Henaghan mentioned that the trust that manages the market provided rent relief just shy of $1.3 million and financial assistance to the worst-affected traders, despite making a loss itself. All the while, the management also took steps to keep both traders and visitors safe.

“The people managing have tried to keep the place safe, with more security around, and they’ve tried their best to keep the market open,” Buffone said.

Due to the uncertainties caused by the pandemic, business owners like Crouch say they are trading one month at a time. “It’s been my mantra,” he added.

“It’s a great opportunity to recalibrate to become a produce shopping centre,” Tebbutt said. He would like to “become less like a spectacle for tourists and where people come just to eat.”

“I wouldn’t want the connection with local residents to suffer or be jeopardised, because it has been one of the few silver linings,” he added.

Some, like Favrel, are optimistic that the “market would be stronger and better” because it has an opportunity to become a platform to bring people together after a year of soul-shattering lockdowns.

But others like Buffone are worried about keeping lower prices, as he believes spiking prices again will kill the business.

“Local people sometimes don’t come because prices are so high. The prices have gone up. I sometimes feel upset selling stuff so expensive, but what can I do, I have to pay the bills,” Buffone said.

Henaghan’s vision is for the market to become a global presence that “you should be able to access  from your bedroom.”

He said that despite the tribulations of the past year, the market is embedded with the “highest quality sustainable food” and hopes to maintain the quality.

“The biggest thing is to remember who we are and try not to reinvent ourselves as something we are not, because we are chasing a rainbow. We hunkered down on our values, and these values are what tide us through,” he said

He is also convinced that the market would survive its current predicament just like all the other adversities it has sailed through in its millennium in business.

“Ours is the story of survival — the market is more than 1,000 years old, and we are not going anywhere,” Henaghan shrugged.