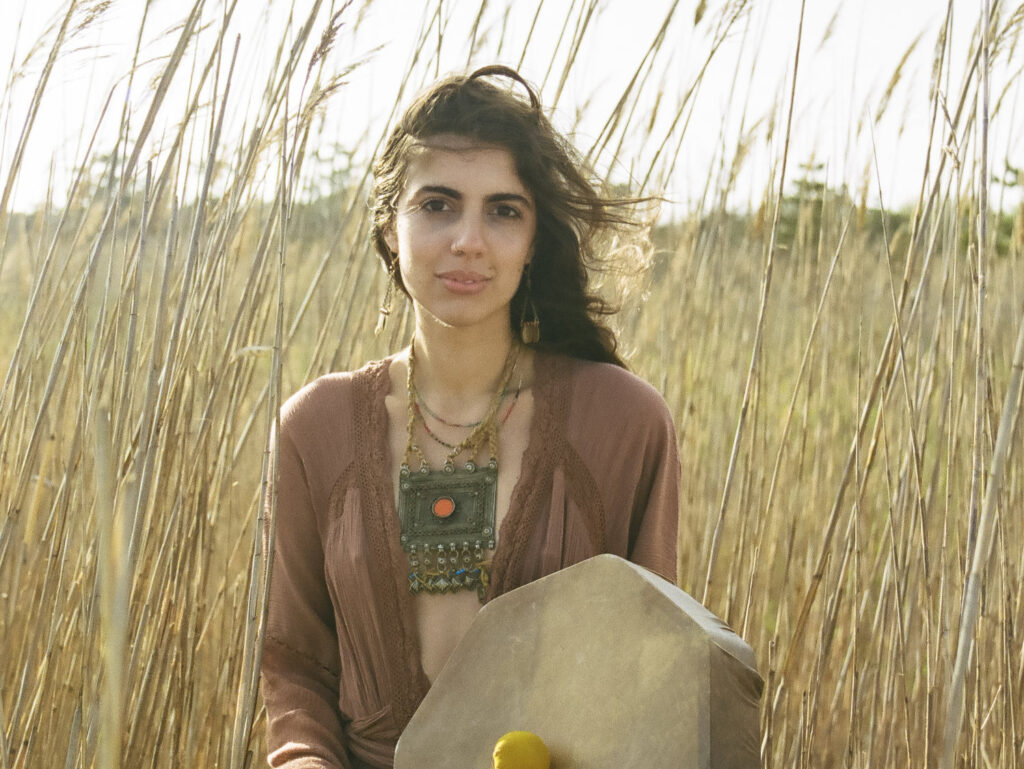 Many Names, One Story: The Life Of A Third-Generation Medicine Woman

PHILADELPHIA — Her birth certificate says “Emily,” but Koa Mikaelah Fernandez, 29, has many names.

She’ll likely have many more. The name she carries now, “Koa,” was gifted by an elder in the spiritual community when she was in her mid-twenties.

“Usually in the U.S. when people change their name, it’s tied to ego,” she laughed. “But it’s not where I come from.”

Koa is a third-generation medicine woman of indigenous Arawak Venezuelan and Taino Cuban descent. Her grandmother was a chamana, which is the female equivalent of a shaman, a healer who acts as an intermediary between the natural and spiritual world.

Her family moved from Venezuela to the United States in 1981. In their homeland, relatives call one another by their middle names — in Koa’s case, Mikaelah — but she’ll likely be gifted more names after other pivotal moments in her life, like if she becomes a mother.

“I’m a first-generation American,” she said. “So when they were naming me, they really wanted me to fit in. So they named me Emily.”

Koa sat in her row home in Queen Village, Philadelphia. When it was quiet, snores from her dog, Tegan, drifted in from the other room. Everywhere there were plants and dried flowers. Candles sat on tables where the wax dripped down and pooled to form soft white halos.

“Everything is alive,” Koa explained. “Everything has a spirit. Plants, animals, rocks, the world. Everything is made up of energy. We have the ability to access this energy because we are energy.”

Koa practices Spiritism which focuses on self-healing. This practice is an oral tradition, passed down by memory through generations. Certificates, tests and formal schooling have no place here. They believe true healing begins within. Koa’s “education” began the day she was born.

In 2016, she founded Helios + Solene, a healing arts practice. She created the space to be “a safe, decolonial, intersectional and welcoming” place to find self-growth.

“The ceremonies I hold are co-created,” she said. The healing process is a mutual effort between her and her clients.

“Essentially what occurs is we sort through the façade and get to the root of what is arising for the person.”

A “ceremony” is defined differently for each healer. For some, it’s a very traditional procedure and certain steps must be taken to begin a ceremony, like being led solely by initiated elders.

For others, a ceremony is more about intention, the commitment to create a space for healing. Koa comes from lineages that believe in both of these definitions.

“I’m going to knock on wood before I explain this,” she said. “I’ve never in this body experienced sexual assault, but my grandmother did. So that is something that was alive in her body while she was with us, and she didn’t have a chance to fully heal.”

She explained that this generational trauma was passed down to her mother, who then passed it down to her.

“Systemic racism is one of the most visible examples of generational trauma. There are hundreds of thousands of Black, Indigenous, People of color who are still affected by the immense traumas that were inflicted hundreds of years ago.”

The impact of this trauma is still alive in their day-to-day lives.

“As an Arawak woman, I see a big surge within my indigenous community of folx beginning their decolonization process.”

Decolonization is the process of reclaiming ancestral roots, customs, and cultural traditions that were removed through colonialism and forced assimilation. A majority of Koa’s clients are women of color, so this is a frequent focus in her work.

For Koa, her work as a healer is her “soul purpose,” but during the day she works as an experiential events manager at Free People, a women’s apparel and lifestyle brand. Though she doesn’t directly rely on her healing skills when she’s creating and managing events, they still find their way into her work.

“Koa is brave,” Verdugo said. “She brings the values of her medicine work into everything she does.”

But Koa explained that she wasn’t always brave.

“I actually didn’t take on [the name] “Koa” for a year and a half,” she said. “It felt like too much responsibility.”

The name “Koa” was given to her following a ceremony that took place in Thailand. There, she sat through a 14-day silent meditation in the presence of several female monks, a particularly special moment since females have historically been excluded from monasticism, or monkhood, in Thailand.

“My time there was a big opening to what it meant to surrender to the things that I used to think ‘happened to me’ in life,” Koa said. “It taught me about permeance and was a big breakthrough in realizing that everything in life is temporary and will pass.”

She was grateful for the name gifted to her after the ceremony, but, initially, she wasn’t ready to accept the duty that came with it. That moment came several months later when she was in ceremony again.

“My grandmother who had passed on came down and told me, ‘It’s time to shed Emily and step into Koa,’” she said. “I remember telling my friends that night what happened and they told me, ‘You’ve never been Emily, you’ve always been Koa.’”