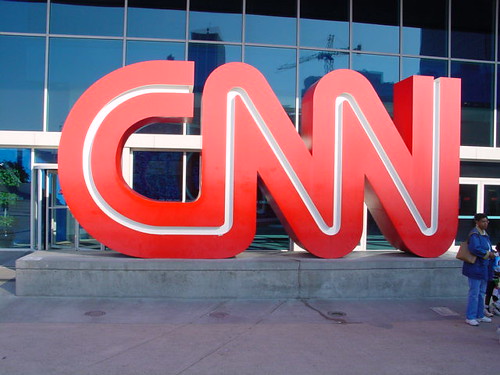 Commentary: A Race for Breaking News on the ‘Russia Probe’ Obscured Truth and Accountability

CNN Investigates faced legal threats and resignations in 2017 when an exclusive story fell below their editorial standards. (“CNN Logo” by FLC, licensed under CC BY-NC-ND 2.0)

During much of President Donald Trump’s first years in office, reporters spent a fair amount of time probing into the investigation between Russia and the Trump campaign. The coverage eventually lead to a full investigation by independent counsel Robert Mueller, and the infamous “Russia Probe” soon dominated 24-hour news channels. Despite multiple stories using anonymous sources, one particular piece received attention for all the wrong reasons and further fueled Trump’s hatred for his favorite media punching bag, CNN.

On June 22, 2017, CNN’s special journalism team CNN Investigates published an exclusive story about a Senate investigation into a meeting between the Trump campaign and a Russian investment fund with links to a state-run bank. The article specifically mentioned that one particular meeting featured then-campaign adviser Anthony Scaramucci.

The article’s veracity was unsurprisingly questioned by outlets like Russian state-owned news Sputnik and far-right site Breitbart. But Politico reported that Scaramucci had called CNN’s Washington Bureau Chief Sam Feist and threatened a lawsuit unless the story was removed.

Late the next night, CNN pulled the story and replaced it with an editor’s note and an apology to Scaramucci, saying the article as it was published “did not meet CNN’s editorial standards and has been retracted.” Three days later, three elite journalists associated with the article resigned, the investigative team began a reshaping within the network, and CNN revised its editorial guidelines.

While the entire episode only enhanced those who already question journalistic integrity with cries of “fake news,” journalists watched the fallout and dissected it for a learning opportunity. Most of the conversation centered on the fact that CNN did not necessarily dispute the accuracy of the article but rather questioned the validity of it based on a single unnamed source that was already wavering when the story was published.

This led to a further discussion on the entire editorial process and how news outlets review their stories prior to publication. The New York Times discovered that this was CNN’s weakness in this instance. CNN’s own internal review system, “the Triad,” features fact-checkers, a standards team, and a legal department. When the story passed the first two, the story’s main editor Eric Lichtblau seemed to ignore the legal department’s questions and sent the story to publication that Thursday afternoon.

Upon review, the lead reporter Thomas Frank revealed that his lone source was wavering on the context of the information. After the retraction, Frank, Lichtblau, and CNN Investigates Executive Editor Lex Haris resigned.

“Some journalists inside and outside the network said privately that they believed the story was materially true,” said Sydney Ember and Michael M. Grynbaum in their Times piece. “But the story also suffered from a lack of clarity. A reader could easily come away with the impression that Mr. Scaramucci himself was under investigation for some kind of illicit dealings with the Russians—an assertion that the article does not explicitly make.”

Further, the Times called into question the wording and statements made by CNN, saying it “provided more questions than answers.” The article also cited Edward Wasserman, the dean of the Graduate School of Journalism at the University of California, Berkeley, who said, “[CNN’s retraction] muddied the waters to correct something, and we don’t know what it’s correcting.”

The Washington Post spoke with Andrew Seaman, the ethics chair of the Society of Professional Journalists regarding the use of anonymous sources and where the CNN story went wrong. Seaman argued that rarely is the use of a single anonymous source acceptable in journalism, using the prime example of Watergate. Most people associate Watergate with its famous unnamed source “Deep Throat,” who leaked information to reporters Bob Woodward and Carl Bernstein. (“Deep Throat” was identified 33 years later as FBI Deputy Director Mark Felt.) But during the course of their investigation, Woodward and Bernstein spoke with hundreds of people involved in the Nixon reelection campaign and in the administration, with many interviews on the record.

Seaman continues to note that, unlike the era of Woodward and Bernstein, journalists have lost credibility with the public, reaching all-time lows in the last four years according to a September Gallup Poll. Politicians and pundits capitalize on this with the label “fake news,” promoting the narrative of widespread unreliable journalism. A single anonymous source can shake the trust of readers, because there seems to be no further evidence to support the source’s facts.

Even the term “anonymous” itself causes confusion for many readers. “The public basically believes that anonymous sources are also anonymous to the journalists,” Seaman said.

Though CNN pulled their controversial article, as the network and other outlets continued their investigations into the connection between Russia and the Trump campaign, additional stories and discoveries seemingly supported the facts in the original CNN piece. A report from The New York Times in March 2018 confirmed that there was in fact a meeting between Scaramucci and the Russian investment fund in early 2017, and they did discuss the sanctions on Russian interests from the Obama administration, something alluded to in CNN’s story before it was pulled.

Interestingly, the Times report did not cite its own sourcing in the article, as Business Insider pointed out. BI also noted that CNN never admitted to anything “inaccurate or misleading,” but rather the issue seemed to center around the idea of a Senate investigation of the meeting.

As the Mueller investigation continued to consume air time, both Frank and Lichtblau made brief comments about their own roles in the continuing “Russia Probe” story. Business Insider cited a since-deleted tweet from Frank finding the 2018 Times article “very interesting.”

In a 2019 Vanity Fair interview with Lichtblau, the journalist said he found it “reassuring to see a number of the core elements of the story, regarding contacts between Russian banking interests and Trump associates, now corroborated in the Mueller Report.” Lichtblau stood by his role in the article. “I never had any doubt about the accuracy of the story,” he said.

While CNN has since broken up the team that was once CNN Investigates and focused the remaining staffers on longer-term stories like the environment and justice, the article itself continues to be discussed in journalism ethics, as noted by Seaman and others journalism ethics.

The result of the episode feels stale, with no solid resolution for anyone other than Scaramucci. It boosted his media presence, earning him a very brief stint as the communications director at the White House in 2017. And Scaramucci was left out of any indictments or misconduct investigations from the Russian investigation. In a final twist, he now speaks out against his former boss and appears as a regular contributor on CNN.

The three former CNN journalists have moved on to other ventures.

The only journalistic outcome is the creation and enforcement of stronger editorial standards and reviews prior to publication. In the rush to be the first to break the news, the truth became unclear, defying CNN Investigates’ own motto: “Seek truth. Break news. Hold the powerful accountable.” With that lack of clarity of truth, as found in the original article, it held no one accountable and only emboldened those seeking to silence the fourth estate in an effort to keep power and erode public trust in the media.