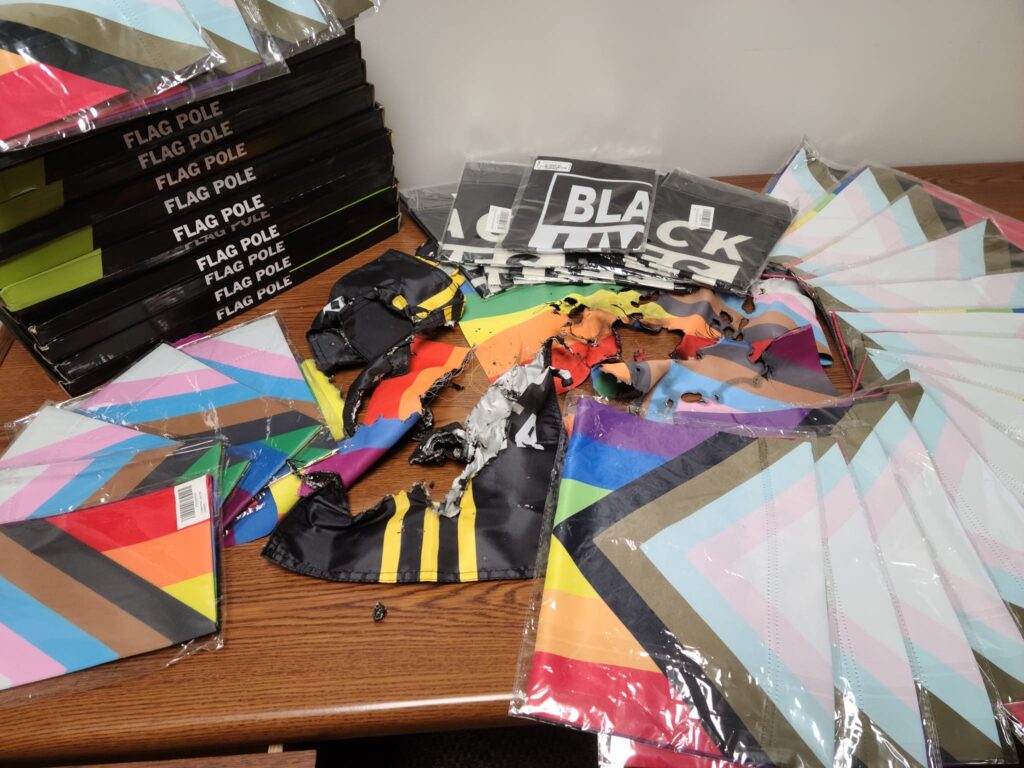 North Carolina Church Responds to Flag-Burning with Message of Love

(CARY, N.C.)—A church in Cary discovered that its Pride and Black Lives Matters flags had been burned and left on the property of Aug. 31, according to a post on the church’s Facebook page.

The Greenwood Forest Baptist Church describes itself  as “an inclusive community of faith” and welcomes new and familiar members of their congregation. Community members were shocked at the news and responded to the  post with messages of support and encouragement.

“Thank you for loving everyone and supporting all!!!” said one congregation member. “God and good people are with you, my friends,” another member of the community added.

Senior Pastor Lauren Efrid told WRAL that the flags were put on display after George Floyd’s murder the summer of 2020. Founded in 1963, the church has called for solidarity with Black and LGBTQ communities over the last several years.

Rev. Wesley Spears-Newsome, an associate pastor at the church, told The Click by phone that news of the burned flags scared his congregation at first. The flags had been stolen before but never burned.

“Thankfully [in] the days and weeks since, we have had such an outpouring of support from the community and love extended to us—my office is literally overflowing with donations of flags and flagpoles.”

Four days after the incident, the church shared on its Facebook page a photo of the charred remains of the vandalized flags surrounded by numerous new ones donated to them by community members. The caption for the photo read “Love wins.”

Despite the flag-burning incident, Spears-Newsome said the church remains committed to its message of inclusivity and acceptance.

“We need to keep having conversations about the effects white supremacy and anti-queer bigotry have in our midst and in our society as a whole. This just shows that those conversations are more urgent.”

Next summer the church plans to take a group of young people and older church members on a freedom ride to sites of the Civil Rights Movement. The trip has added resonance now although it was planned before the incident occurred.

“It’s a great exercise on continual education for our [church] who are still a congregation [which is] historically and primarily white, “Spears-Newsome added. “The anti-racism education is vitally important.” He hopes that other religious organizations in the area also work toward actively engaging with anti-racist and anti-queer ideologies to help prevent incidents like this in the future.

“We’re intentionally trying to be specific and say that ‘we believe and affirm that God made you exactly the way you are, and we affirm you’.”