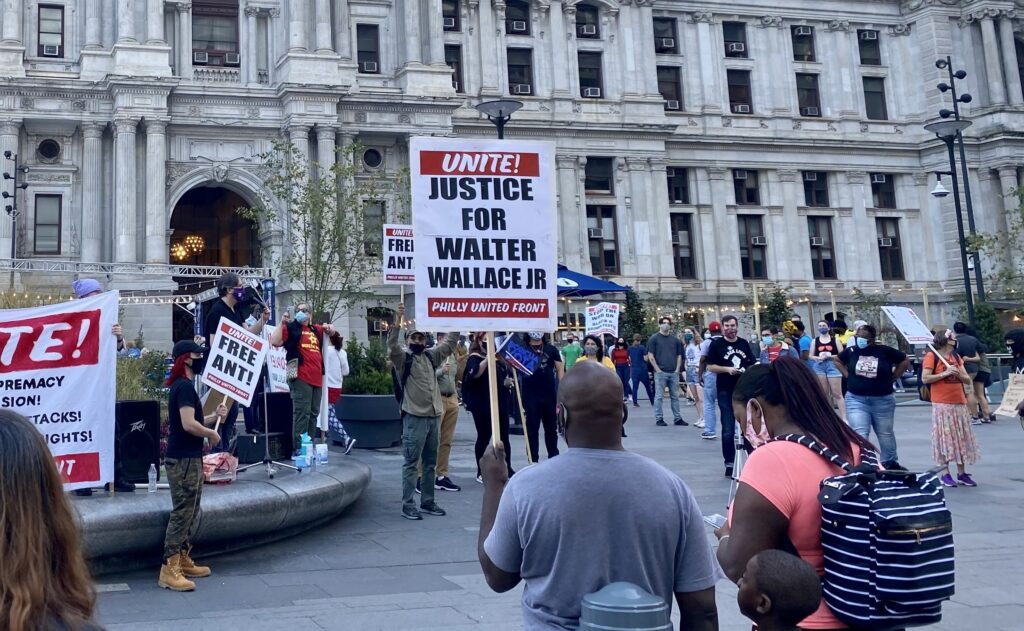 (PHILADELPHIA) 一 Philly United Front organized their first public rally in downtown Philadelphia on Saturday following the announcement that Joe Biden has been elected the country’s next president.

The newly-formed organization hopes to unite progressive groups around the city to fight against issues like white supremacy, police brutality, and housing inequity. They coordinated Saturday’s rally to remind the community that no matter who was elected, the struggle would continue.

“It’s great that people are celebrating, but we need to make sure we’re still fighting,” said Ted Kelly, co-chairman of the rally. “The conditions that lead to the rise of Trump haven’t gone away.”

Philadelphia has held the country’s attention since Election Day. As the largest city in Pennsylvania, it played a key role in turning the state blue and guaranteeing victory to the Biden-Harris campaign.

While cars honked and people cheered in one part of the city, in another part a family mourned. On Saturday morning at National Temple Baptist Church in North Philadelphia., family and friends remembered Walter Wallace Jr., a Black man killed by Philadelphia police.

Wallace was shot and killed by police on Oct. 26 in West Philadelphia. Family members stated he was going through a mental health crisis that prompted them to call 911. Police shot Wallace 14 times after he refused to drop a knife he carried.

“If Philadelphia is going to be celebrating, we’d be really wrong if we didn’t highlight this grave injustice,” said Kelly.