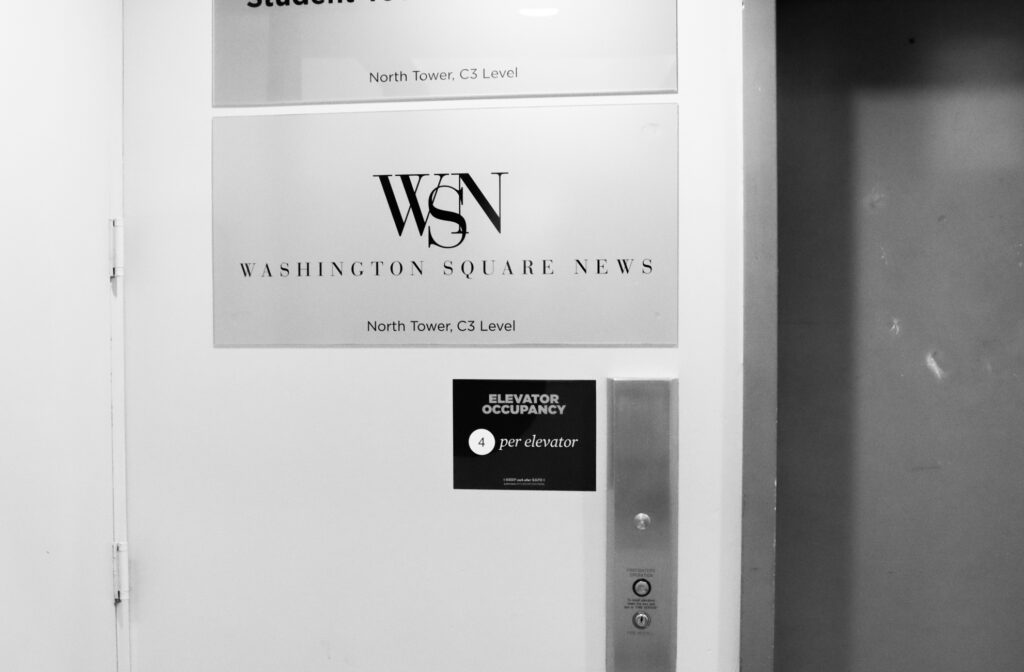 When last we reported on Washington Square News (WSN), the fate of NYU’s independent student newspaper was in doubt.

The vast majority of WSN’s editorial staff resigned in September when the editor-in-chief was suddenly fired and a new editorial adviser, Kenna Griffin, was brought in. Then in October, the students that participated in the group walkout were informed that the WSN’s governing board had been dissolved. Quiet followed until December when nine WSN alumni stepped in to revive the defunct paper. On Feb. 5, WSN’s website went live with its first article in months, announcing the appointment of WSN’s former Deputy Managing Editor Alexandria Johnson as the new editor-in-chief and calling for new applicants for WSN’s many vacant staff positions.

One of the questions that the announcement left out was that Griffin will no longer continue as editorial advisor. Griffin has not responded to The Click’s repeated requests for an interview to answer that question and others. Recently, she changed her LinkedIn profile to reflect that her WSN advisor role is now in the past. The WSN alumni will collectively fill the advisor role—at least temporarily.

The Click reached out to one member of the alumni team behind the WSN relaunch, Alvin Chang, now a senior data reporter at The Guardian about these latest developments and WSN’s place at NYU.

The Click: What is your role in the revival of WSN?

Alvin Chang: We have about nine people, who are WSN alumni, who are serving as basically a transition committee. Two of the members of the transition committee were nominated and voted to the board. The previous board members were members of the journalism department, and after they left or resigned, as they were going out the door, they said to alums, “we need somebody to be on the board.” So two folks are on the board, and the rest of us are just basically advisors to them, kind of smoothing the road for anything that we need done—tasks like responding to students, rewriting the constitution, and recruiting an editor-in-chief and stuff like that.

The Click: Who are the two alumni board members?

Chang: Jane C. Timm—she’s a reporter at NBC—and Bradley Hope is a reporter at the Wall Street Journal. Both are WSN alumni. The hope is that as we ratify the new constitution and bring in this new phase that there will be more board members, more alums, and significantly more students who are a part of the board. So the board will be expanded. That’s one of the proposals. We don’t feel it would be correct to ratify that without editorial students in that process.

The Click: The Center for Student Life, which is part of NYU, was pretty heavily involved in the business management side of WSN before the walkout. Has any part of that role changed?

Chang: Student Life is involved. WSN used to fall under the journalism department, and at some point, it moved to Student Life. The main connection to NYU is through an administrator who helps with a lot of the logistics of both the financial relationship that WSN has with NYU, as well as navigating whatever bureaucracy. That is something that we are less involved in because there the financial arrangements have mostly stayed the same.

What’s changing here is — How can we make sure that on the parts that we can control, that we can step in and start to see where the entanglements are? What are the issues that are keeping WSN from being fully independent? What are the kinds of training constraints that are keeping WSN from fully providing the resources to provide the kind of content that we think the NYU community deserves? Those are things that we’re trying to figure out and doing some research on and seeing how other institutions make it work.

The Click: With the departure of former WSN advisor Kenna Griffin, it sounds like the role of the WSN editorial advisors will be changing.

Chang: For this semester, we are, as an alumni group, supporting the students, and some of us are playing more direct roles as liaisons. Others of us are playing more indirect roles of either providing training sessions or arranging critiques of the paper. We’re doing that by committee this semester because we didn’t have enough time to hire a full-time editorial advisor in a few weeks. We’re hoping to hire an editorial advisor permanently, hopefully for the following semesters. But again, that’ll be up to the new board. That’ll be up to people—not me because I fully do not want to be on a new board—but that’ll be up to other people, including a host of students, to bring on a new editorial advisor.

The Click: You picked Alexandria Johnson as the new editor-in-chief. She was one of the students that walked out, so that was intriguing. What made her such a good choice for editor-in-chief?

But Alexandria is such a forward-thinking leader and such a thoughtful decision-maker that it was a no-brainer on that end. We were incredibly lucky, frankly, to get several applicants who were incredibly qualified and to be able to have that choice. For students to still care so deeply about WSN is incredibly meaningful, especially because all of us are giving a lot of time because we care so deeply about an institution that gave so much to us and gave so much to so many people in the journalism industry.