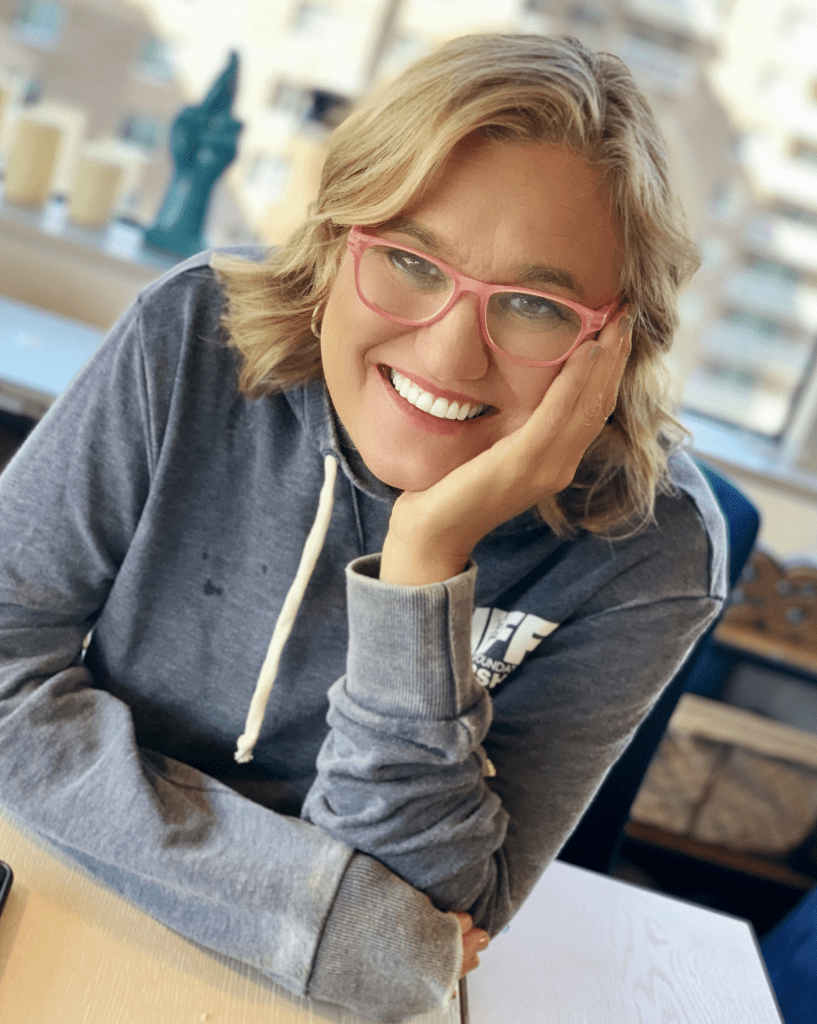 How Do We Hold On To Our Childlike Sense of Creativity?

VERO BEACH, FLA. — A toddler waddles alongside a hasty adult; both on a mission but each operating on dramatically different time frames. The adult, burdened with a long to-do list, is distracted and rushing. The youngster, functioning at a sloth-like pace, abruptly stops every few steps to crouch down and evaluate each thing (living or dead). The adult fails to notice the show-stopping centipede, the lithe lizard, or the roaring jet overhead. But to the wide-eyed three-year-old, these sightings are magic.

“Human beings need to feel a sense of wonder,” says astrologer, author, speaker, and artist, Leslie McGuirk. In 2016, during a TEDx Hollywood event, McGuirk gave a talk titled, “The Importance of Being Wrong”. She told her audience, “As we get older we start to turn into adult zombies and we forget to plug into that core, original voice, where all the magic is.”

Do we lose our magic with age? In a 2017 New York Times article, authors Alison Gopnik and Tom Griffiths, set out to answer the question “What happens to Creativity as We Age?” Participants, from four-year-olds to adults, were grouped by age and then presented with a scenario and two possible explanations, one usual and another unusual.

The results? Preschoolers gravitated to the unusual and creative answers. Adults, fueled by real-life experience, eschewed creativity for logic and chose the obvious answers. Of course, adults are expected to approach life through the prism of reason and rationale. But to McGuirk, it is a battle to retain the qualities that made us special in youth. “In this world, this kind of creativity is becoming really rare.”

During her TEDx talk, she spoke of the human need to unplug, “We are in this high RPM world. But if we can slow down, we can start noticing things. There is so much enchantment out there.”
If “out there” includes nature, McGuirk is right. In 2010, a series of studies published in the “Journal of Environmental Psychology” concluded that actively being outside in nature made people feel more alive. But McGuirk also claims slowing down will allow people to notice things. What kinds of gems is she referring to?

“My brain is wired to see patterns,” she explained. “I have this natural gift. Things that go unnoticed by others jump out to me.” McGuirk has this talent to imagine what others can not, which is why she spent years wandering the beaches looking for rocks.

This sedimentary tale started with a long-ago boyfriend. While she walked the beach, McGuirk stumbled upon a rock that looked like a letter of the alphabet. She quickly discovered more rocks in the shapes of letters and spelled his name.

Initially, this was just a sweet gesture of love, but it grew into a much bigger idea when McGuirk explained her unusual beach discovery to a close friend. “This could be a book,” photographer Denise Ritchie told her. A light went off in McGuirk’s head. To most, a rock, if even noticed at all, would have been just that–a rock. To McGuirk, that rock was art.

It took her a decade to complete her rock alphabet. Along the way she added beautiful little sculptures to her collection. She found rocks in the shape of a dog, a seahorse, a lemon, and various hearts. The last hold out was the letter K to which McGuirk said she simply had to wait. “There was nothing I could do to force the ocean to give it to me.”

In 2011, McGuirk published a book titled “If Rocks Could Sing – A Discovered Alphabet”. McGuirk took a very kid-friendly thing, rocks that resembled something else, and turned it into a source of inspiration for adults. “I wanted to wow people with the magic of the ocean.”

In 2017, Alene Dawson wrote an article for the Los Angeles Times titled “13 Surefire Ways to Tap into Your Creativity”. Listed at No. 3 Dawson advised a change of routine. He quoted Tom Kelley, author of the book “Creative Confidence: Unleashing the Creative Potential Within Us All” who suggested people designate a certain amount of time switching things up.

“You start going to different restaurants, hanging out in different neighborhoods, maybe you meet different people.” A simple disruption to a routine allows the senses of an adult mind to open up and to see the world more creatively.

McGuirk views her job as a way to teach people how to see the world through the life of artists. In her closing statement for TEDx, McGuirk says she believes anything is possible as long as adults reject complacency. “I just invite you to get out of your mind and to just live from this place of this primitive raw core-self.”