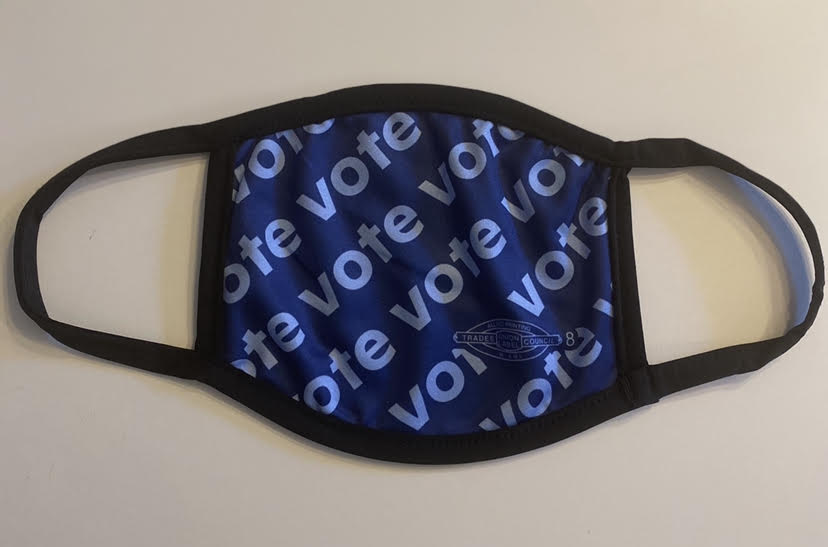 (WILLIAMSPORT, Penn.) —  U. S. Supreme Court Justice Samuel A. Alito Jr. refused to issue an injunction Tuesday requested by plaintiffs alleging an unconstitutional relationship between a nonprofit organization and three Pennsylvania governments for the improper disbursement of federal election grants.

Attorney Edward D. Rogers, a defense lawyer for Delaware County, said the allocation of the grant money made it a lot easier for people to vote by mail for this election.

Attorneys representing the Pennsylvania Voters Alliance, along with 14 individually-named plaintiffs currently residing in Centre and Delaware Counties and the City of Philadelphia, filed a 37-page federal civil lawsuit in the United States District Court for the Middle District of Pennsylvania on September 25. The District Court rejected the complaint and it was immediately appealed to the United States Court of Appeals for the Third Circuit on October 21. The Court of Appeals also rejected a request for an injunction which was appealed to the United States Supreme Court on Tuesday. It was assigned to Justice Alito, who sits by designation over emergency appeals from the Third Circuit.

The plaintiffs, including eight conservative Republican state house members, accused Commonwealth Secretary Kathy Boockvar of permitting the use of private grant funds to fund public election processes. Specifically, the plaintiffs allege that Secretary Boockvar and the local government defendants violated the equal protection and the election clauses of the state constitution by allowing the Center for Tech and Civic Life (CTCL) to pay election expenditures in a city and two counties with progressive voting patterns.

While Judge Matthew W. Brann, in his opinion from October 21, stated that the money from the grants is used to “deploy additional staff or technology to improve mail ballot processing”, he ruled that plaintiffs lacked standing to bring the case. The underlying allegations remain relevant because recent changes to Pennsylvania’s mail-in law will be hotly contested for the foreseeable future.

In the original complaint, the plaintiffs stated they “do not want progressive candidates to win in the  Nov. 3 elections.” The lawsuit states that the nonprofit awarded private federal grants in the amount of $863,828 to Centre County, $2.2 million to Delaware County and $10,016,074 to the city of Philadelphia.

The plaintiffs also allege that the three defendant entities would use the grant money to fund satellite voting locations, provide unstaffed drop-boxes, and provide mobile voting vehicles for the collection of mail-in ballots in progressive voting counties.

Despite these allegations, defendants pushed back with equal force. Defense attorneys representing Delaware County, Centre County, and the City of Philadelphia stated the plaintiffs’ claims lacked merit and a cause of action. In addition, they stated that they used the grant money for the benefit of all residents, not only progressives. Defendants also pointed out that the plaintiffs had filed identical lawsuits across the country in Michigan, Wisconsin, Minnesota, Iowa, Texas, and South Carolina and had been unsuccessful in these courts.

CTCL’s mission is to “connect Americans with the information they need to become and remain civically engaged and ensure that our elections are more professional, inclusive and secure, ” according to its website.  The nonprofit also states that they have received a $250 million contribution from Priscilla Chan and Mark Zuckerberg, Facebook’s founder, for a COVID-19 Response Grant program.

According to the nonprofit, the grants helped ensure local election jurisdictions have the proper staffing, training, and equipment so that every eligible voter could safely participate in Tuesday’s election and have their vote counted.

After an expedited discovery period, the District Court ruled “it cannot reach the merits of the Plaintiffs’ motion because they lack standing. Accordingly, the complaint will be dismissed without prejudice.”

Rogers offered an additional statement on the case. “There is nothing illegal about these grants,” he said. “Every court so far has agreed.”

Plaintiff’s Attorney Jordan Shuber said that he could not provide further comments on the case because it is in active litigation.