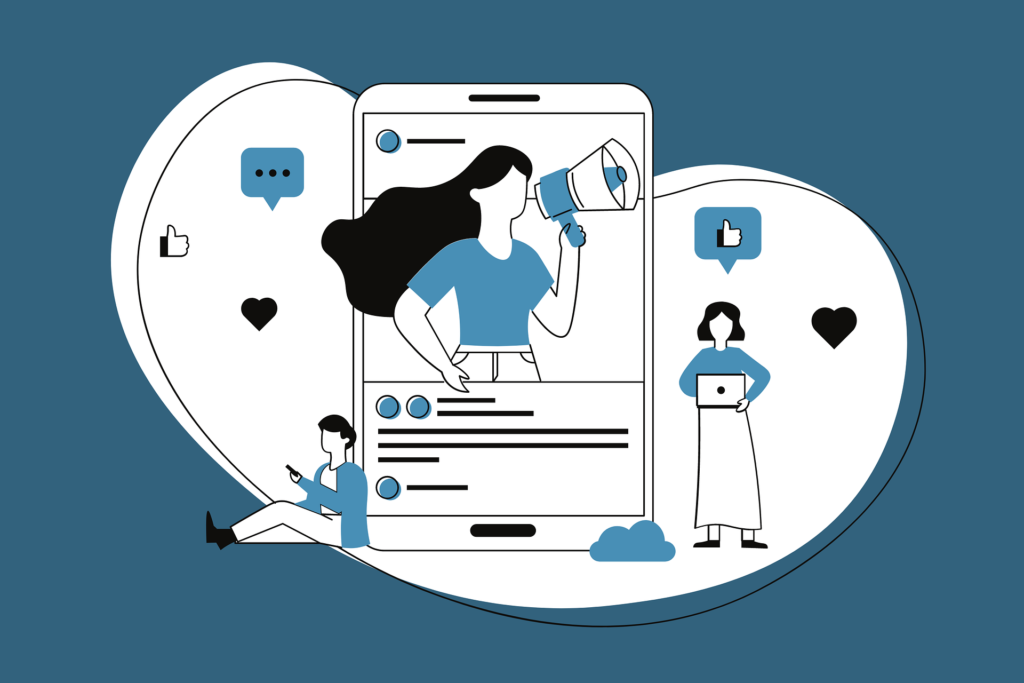 Image by Elf-Moondance from Pixabay

To understand why Carlotta Vagnoli fits in the gray area of journalism, her Instagram account, the platform she uses to advocate for issues of gender equality.

Her profile picture, a blurry black and white selfie of her offering a peace sign, foreruns a series of highlighted segments, mainly reposts of articles from famous Italian headlines including titles such as femicide, sexism, menstruation, nipples, not all men, and rape culture. These are mainly reposts of articles from famous Italian headlines. Others are videos of Vagnoli explaining the concepts to an audience of 272 thousand followers, with an inflammatory and at times sarcastic tone of voice. Her latest posts include a picture of her modeling for photographer Pietro Baroni, one of her signing her new book, a picture of one of Italian newspapers’ rank of non-fiction works which classifies it as third, and a picture of a mural saying, “Less heroism, more erotism.”

Scrolling down there is a black and white photo of her reading at the beach, a picture that remembers Emergency’s founder Gino Strada, a few bathroom selfies, and a picture saying, “Who guards the guardians?” By altering shots of mundane scenes with activists, inspirational images Carlotta Vagnoli confuses us on what she uses the social media platform for. Is it for advocacy journalism or influencing?

We learn a little bit more about her through her Linkedin account: born in Florence in 1987, she is a freelance columnist who began as a sex columnist for playboy in 2015. She is also a content creator and author for The North Face brand and describes herself as an activist for gender equality. Her description reads: “I write about sex, body, equality and latest news. I create content for brands that advocate sustainability and ethical issues. My dream is to contribute to a change in the divisive narrative of established media. I teach about consent and rape culture in schools. In general, I make a lot of noise.”

Certainly, there is a lot of noise in her Instagram stories and videos. In a video she posted on catcalling, she appears hot-headed with her sleeves rolled up. [She] uses popular rhetoric that includes swearing and impetuous gestures while addressing men on how catcalling is different from complimenting. [She] often goes live, holding a glass of beer or wine, and defines herself as, “The girl with a glass of beer on her hand” in one of her posts. [She] appears informal, sarcastic and provocative, and talks about her day before beginning to address the issues.

Lately, Vagnoli’s Instagram has been keeping followers updated on her new book Damned bad luck (Maledetta Sfortuna). It is a book on gender-based violence that attempts to clarify popular concepts such as catcalling, gender stereotypes, victim-blaming, and revenge porn. The book reports on [some researched stories], yet the content is mainly opinion-based, with general assumptions and popular news. All throughout, the public doesn’t know whether the information provided is fact-checked or if sources could not be reached for comment. Although the content of her book and of her Instagram account may involve a journalistic goal, her delivery of information is not typical of a journalist. Publishing house Rizzoli defines her as a journalist. Metropolitan Magazine, on the other hand, views her as, “The avant-garde of the feminine prototype.”

According to the American Press Institute, journalism is, “The activity of gathering, assessing, creating, and presenting news and information” and “the product of these activities.” The information provided on Carlotta Vagnoli through her Instagram account suggests that she can not be defined as a journalist either in the way she gathers her information, such as reposts, or in the way she delivers content in mainly informal, unstructured live meetings on the social media platform. “The world, and especially the online world, is awash in communication,” continues the American Press Institute, and “engaging in journalistic-like activity (…) does not by itself produce a journalistic product.” That journalistic-like activity may be identified as the gray area of journalism, an ethical dilemma that particularly arose in the 21st century, as Dr. Denis Muller argues in his article Impartial journalism in the age of social media, and Carlotta Vagnoli is only an example of it.

All things considered, Carlotta Vagnoli can be defined as an activist who uses Instagram to advocate for gender equality, but her journalistic-like activity cannot be defined as journalism for it involves an imprecise, opinionated, and informal delivery of information.