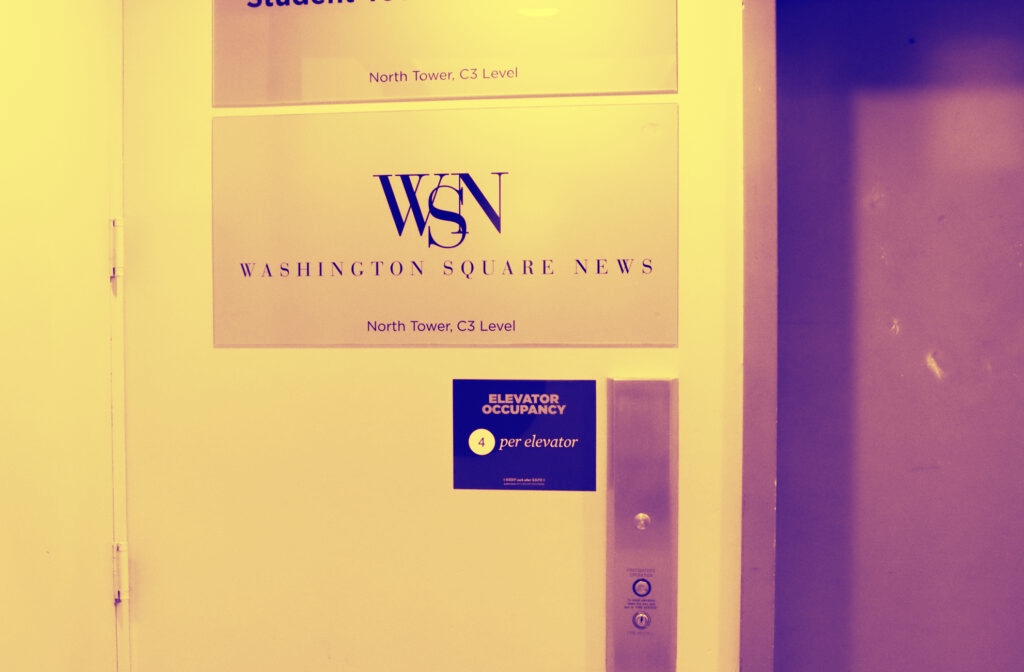 When more than 40 staff walked out of Washington Square News in the fall, they listed various instances of racial insensitivity from their new adviser as top reasons for leaving New York University’s student-run paper.

“WSN, at its core, is not a racist publication,” they wrote in a piece published on the WSN site on Sept. 28. “We have worked hard to make WSN the safe and loving environment for staff that we know it to be.”

The public list of grievances against Kenna Griffin, their new adviser, included charges that she had dismissed the concerns of Black staff members over how the paper was covering racial justice protests. “We are not comfortable continuing to work in an environment that trivializes Black voices when they speak up and then uses them for personal gain,” the staff wrote.

But according to several former WSN editors and writers who spoke to The Click, the paper had failed to live up to those same ideals long before Griffin was hired as its adviser in late August.

Mina Mohammadi, an NYU sophomore studying journalism and data science, worked on the WSN news desk from August 2019 to September 2020. She quit the paper weeks before Griffin showed up. Mohammadi said she was shocked to hear about the walkout — but even more to hear the staff claiming racism as the reason.

“I wasn’t really planning on doing anything or writing anything at all until I saw the way that people were reacting to the WSN resignation,” she told The Click. “Like WSN management and staff [were] good, and this one woman [was] bad, and that she’s the person that ruined the ecosystem.”

Mohammadi wrote an article for NYU Local, an independent campus blog, the day after the WSN walkout. She described a stressful work environment where women and people of color were not treated well, and where she felt “completely disregarded.” Mohommadi is Iranian.

“When a fellow POC [person of color] colleague and I were in the office late at night, bonding over our shared experiences of racism in the paper, I finally realized I was not alone in my experiences,” Mohammadi wrote. “Five minutes into this clearly very personal conversation, our white boss came in, inserted herself and asked us ‘why [we were] so serious’ and ‘what [were we] even talking about?’”

Mohammadi also said she was pushed to broker relationships with activist groups who were boycotting the paper. When she asked the then news editor why the activists weren’t talking to WSN, she said the editor “either deflected the question or painted the activists as ‘loud, angry and irrational,’ never really providing an unbiased answer as to why they boycott the paper.”

The Click verified the editor’s identity and contacted him. “I do not want to take away from Mina’s valid experiences, and so rather than engage publicly with her account I would prefer to privately reflect on it,” he said in a statement.

Former WSN Managing Editor Finley Muratova was one of the longest-serving continuous staff members at WSN. They worked at the publication alongside Mohammadi, and also participated in the September walkout.

Muratova told The Click they were moved by Mohammadi’s article. “Mina’s hurt matters,” they said. “She couldn’t have been the only one to deal with this, and if we ever get to come back to WSN, this will be number one priority, at least for me, to make WSN better for BIPOC [black, indigenous, people of color] staffers.”

NYU sophomore Ishaan Parmar, who worked alongside Mohammadi at the news desk, said Mohammadi’s article for NYU Local made an impression on students tracking the WSN walkout.

Mohammadi wasn’t alone in her concerns. Sakshi Venkatraman, who served as WSN’s editor-in-chief in 2019, tweeted a day after the walkout that she’d also encountered problems while working at the paper.

Let me just say … even as ~EIC~ of WSN in 2019, I still had invalidating, belittling experiences from fellow staff members and others. At the time I felt alone and silenced A LOT. This is what happens when POCs operate within white institutions – no matter at how high a level.

The Click reached out to Venkatraman for a statement elaborating on these allegations but did not receive a response as of this writing.

Amanda Lawson, an undergraduate student at NYU’s Wagner School of Public Service, was known around campus as the co-founder of the Dollar Bail Brigade, a group that paid $1 bails at courthouses around the city. She called out WSN on Twitter in early 2019 over a number of errors she said were made in the paper’s reporting. The mistakes Lawson pointed out dated back to 2017.

“They churn out their garbage reporting ASAP, even if that means getting no comment from the directly affected people,” Lawson tweeted. “So many of their articles have critical revisions at the bottom and that’s IF they’ll admit a mistake!”

The errors had been acknowledged by WSN’s staff in corrections and apologetic statements, but for Lawson and founders of other activist groups, the mistakes highlighted a much larger problem.

Aree Worawongwasu, president and co-founder of the NYU Asian American Political Activism Coalition, replied in Lawson’s thread. She admitted that she had positive experiences with WSN’s coverage, while also acknowledging the paper’s history of errors.

“That doesn’t negate our many experiences with WSN staff making irresponsible mistakes and being hostile towards criticisms that had discouraged us from working with WSN,” she wrote. “I do think this is an institutional issue because while individual journalists are responsible for their own mistakes, there [is] a continued pattern of WSN staff making factual errors & not being accountable to these mistakes.”

Parmar, however, disagreed with Lawson and Worawongwasu’s criticisms that WSN was irresponsible in its reporting. For him, it was important that the paper maintain a level of independence from sources. “I’m very much of the opinion that no one should be telling the newspaper how to report unless you’re doing something that’s egregiously unethical, which I don’t think we ever did,” he said.

LEARNING ON THE JOB

The coverage that both Mohammadi and Lawson pointed out as insensitive stretched from 2017 to 2019. The stories in question were written by several reporters. Many editors and copy editors, including students of color, vetted and approved these articles before they were published.

In one example that Lawson pointed out, a story from Nov. 20, 2017, with the headline “Anti-Dreamer Vandalism in Bobst Bathroom, Again” was amended with the following lengthy correction:

A previous version of this article stylized the name of NYU Dream Team as NYU DREAM Team; referred to undocumented immigrants as “people who illegally immigrated to the United States as children”; used the word “Latinx” instead of “Latine”; and referred to Contra Cuentos as “an event made to respond to the vandalism with a celebration of undocumented artists’ narratives.” The article has been updated to reflect NYU Dream Team’s proper stylization; the proper terminology for undocumented immigrants; NYU Dream Team’s preferred self-identification; and that Contra Cuentos existed before the vandalism was found. WSN apologizes for the errors.

Mohammadi called out a story published on March 5, 2019, that suggested Women’s March co-founder Linda Sarsour was a controversial figure due to anti-semitic comments made by people associated with her. The article was considered so problematic, that editors removed it from the website and issued a statement of apology.

The Click reached out to nine of the writers and editors involved in these articles. The few willing to speak to The Click requested not to be identified for fear of how mistakes they had made during their time at WSN might impact their professional careers.

One former staff member summed up the hesitation to speak on record: “Everything I learned about journalism, I learned on the job [at WSN]. Some of my most embarrassing and harmful mistakes were publicized.”

For Mohammadi, it was important to both highlight the problem but also to acknowledge that the students making these mistakes will take time to grow past them. “While obviously there’s a lot for these students, who are in positions of power, to learn, at the same time, they’re students that are learning,” she told The Click. “And you can’t really rush that.”

As sources told The Click, it’s crucial to remember that these reporters and editors were also students learning their craft while trying to meet article quotas and juggle school and their jobs.

Before the walkout, most positions at WSN lasted a single semester. The editor-in-chief served for one year, though in several cases, they ended their terms early. Turnover was extremely high.

NYU’s location in the heart of America’s media capital meant WSN could easily get drowned out by the competition. Bigger outlets covered stories that the college paper would normally tackle, while also poaching the publication’s most talented reporters.

“It’s what WSN serves as — a big stepping stone and a window into the big journalism world,” Muratova said. “People come and go; nobody stays for all four years of their college career.”

The high turnover rate meant the staff that resigned en masse this past September looked very different than the staff that printed the articles that Mohammadi and Lawson found objectionable.

There’s evidence that at some point in WSN’s history, its staff hoped to build an inclusive workplace.

A statement automatically included at the bottom of internal emails throughout all semesters of 2019 reads:

“Here at WSN, office culture is one of our priorities. To establish a welcoming and professional environment, we want all staff members and contributors to be familiar with procedures for maintaining this space. In the event that another staff member is making you feel unsafe or uncomfortable, or is visibly doing so to another member of staff, two options are available.”

The statement then provided the email addresses for the managerial team and a way to file anonymous reports.

By writing her article about the problems she witnessed at WSN, Mohammadi hoped to spur a reckoning that would lead to positive changes upon the paper’s return. WSN has remained shuttered since the walkout, though this might change soon. On Dec. 18, Poynter reported that a group of nine WSN alumni were reviewing the events leading up to the staff resignations as part of efforts to bring back the paper in 2021.

Mohammadi wrapped up her criticisms of the issues she witnessed as ones not easily solved by changing staff or an adviser.

“The real issues are long standing and harder to look at — the ones embedded into journalistic practices that white colleagues have the privilege of taking as ‘normal’ while the rest of us are tasked with consistent discrimination.” 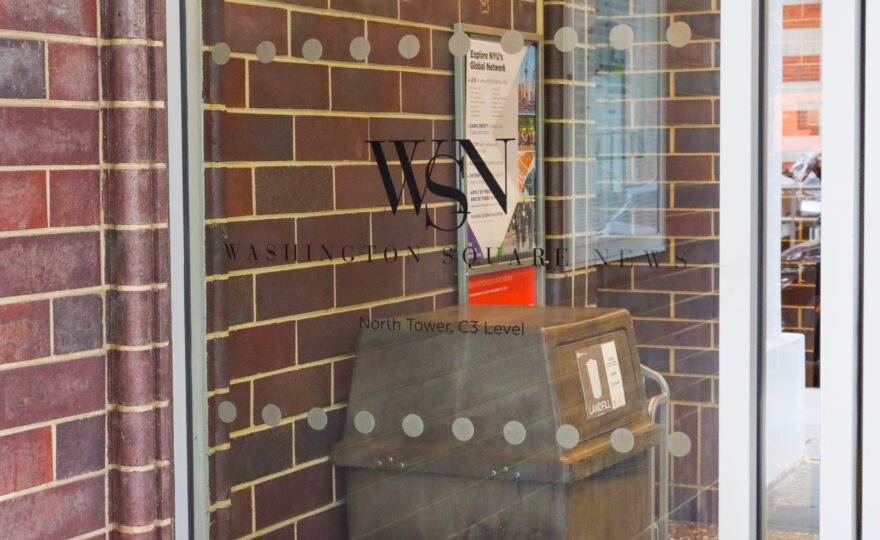