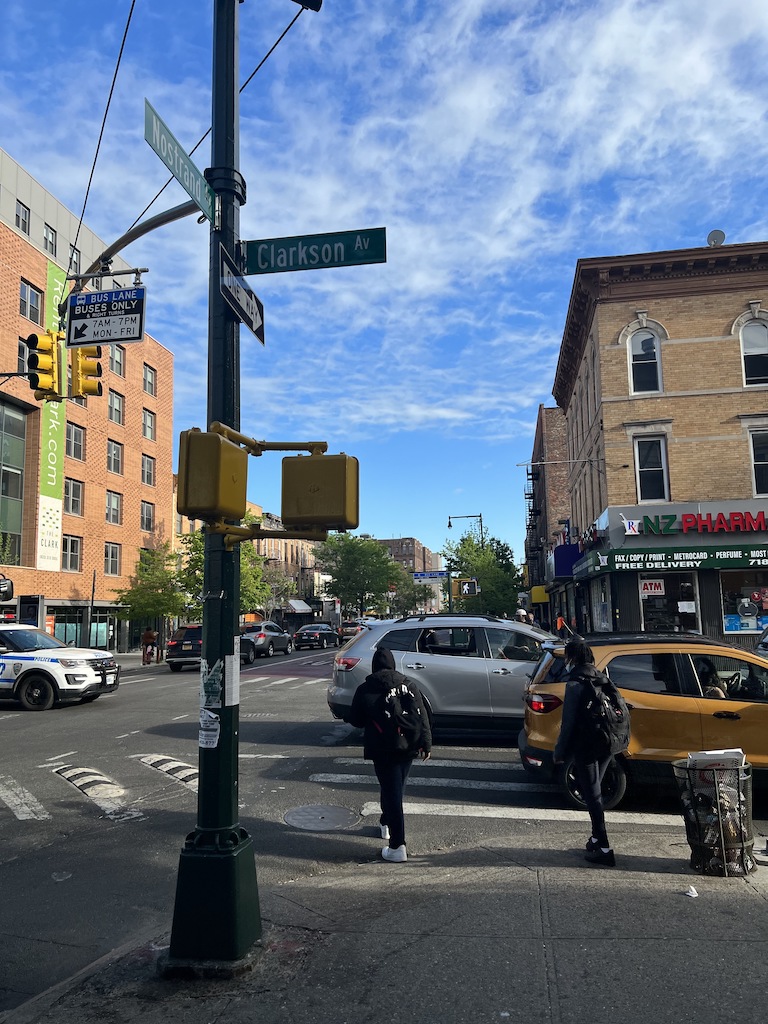 Welcome to Little Caribbean: No Fear of Gentrification Here

For years, Brooklyn has attracted people all over the world due to its uniqueness and charm. The New York City borough is youthful, filled with art, trendy restaurants and more—but there’s more to this hipster town to explore and learn.

If you keep walking past the trendy bookstore and romantic winery, you’ll notice a difference once you get to the corridors of Church, Nordstrand and Utica Avenue—the air is different. There’s even a sign—woven together with green and red lights—to let you know you’ve entered a new territory. This area is vibrant. The culture is undeniable. There are West-Indian flags atop buildings, people sitting on porches, women in headdresses… welcome to Little Caribbean.

Since the 1960s, Little Caribbean, a collection of neighborhoods around Flatbush, has been the home to New Yorkers of Haitian, Trinidadian and Dominican descent, who have migrated to the Big Apple without leaving their heritage behind. As you inch further into the community you feel a sense of pride—specifically along Clarkson and Rogers Ave. Though new sleek apartment buildings and faces are appearing in droves, gentrification has no authority here. Locals are holding onto their hair salons, oxtail shops and laundromats — proving the power of community and why Flatbush will always be Little Caribbean. 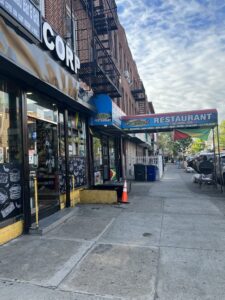 “It’s not easy, but we managed to keep it ours… We’re not going to give it up,” resident Stanley “Mafia” Jean, a proud Haitian, told The Click. The 75-year-old has lived at 181 Clarkson—a traditional red brick building—since 1989. “I’ve seen a lot,” he said. Speaking to what he loves most about the block, Stanley said “it’s home.”

“I have my barbershop, my food place and my bar.. I need nothing else,” Jean added. Like many elders of the area, Jean spends his evenings sitting outside or at the barber shop even if he’s not getting a haircut. “We like to make sure we know who’s moving in and who’s leaving. It’s how we keep track.”

The close-knitness of Flatbush dates back years. Flatbush became a part of New York City in 1898—but it wasn’t until the 1960s that Caribbeans began to make their way to the area. This was due in part to the Immigration and Nationality Act of 1965, which removed restrictions dating back to 1921, which  limited annual immigration. From 1983 to 1986, 62% of immigrants were of Caribbean descent, according to the Brooklyn Library. New York presented working opportunities for a lot of families and they entered the working sectors as doorman, maids and nannies.

“Even after coming here, our culture remained the most important,” Jean said. “My most favorite time of the year is Carnival. I walk from here to Bedford Ave. I’m communicating with my ancestors.”

The annual carnival, which occurs on Labor Day, is also known as West Indian Day. It celebrates the vibrancy of Caribbean culture and is even an act of defiance to those that may have wanted immigrants to assimilate. Carnival consists of parades, concerts and a lot of dancing. Participants can be seen in traditional Caribbean dress and makeup.

“It helps me feel connected to my people,” Erenee Champagne, a 27-year-old Flatbush resident, told The Click. “I’m Haitian, but I wasn’t born there, so it’s nice to get transported to the island for a little bit.”

The first of its kind

In 2017, the distinct area nestled inside of Flatbush, Church and Nordstrand got a new name: Little Caribbean. The moniker was a change sparked by Brooklyn native Shelley Worrell, who just wanted her neighborhood to honor the vibrant people who call it home. Worrell, a first-generation American, was born in Flatbush to parents who immigrated from Trinidad. Through her desire to highlight her hometown, Worrell birthed not just the name, but a movement that would provide opportunities for Caribbean business owners to stay afloat and succeed during changing times. Little Caribbean is the first and only of its kind.

Speaking of how the name came about, Worrell told NYC’s Guide: “In 2017, after leaving my corporate job to care for my father, I started spending more time on the ground in Flatbush. I saw gentrification, but I also saw this huge concentration of Caribbean people and businesses. I asked myself why we didn’t have a Little Caribbean, like other immigrant neighborhoods in NYC.”

Worrell continued: “I started asking local elected officials about it, and they didn’t know either. Eventually we received guidance from the NYC Mayor’s Community Affairs Unit on how to move forward with the designation. Since then, I have spent most of my time developing Little Caribbean with the people that live and work here.”

Worrell’s movement was especially important amid the COVID-19 pandemic.

“We also know that Black and Brown communities are disproportionately affected by the virus. I thought, ‘What can I do right now?’ We started meal deliveries to local hospital staff, followed by a donation of digital tablets for patients, a director of Black/Caribbean-owned businesses to support in the community and distribution of 40,000 PPE frontline workers in Central Brooklyn in partnership with NYC’s Economic Development Corporation,” Worrell told NYC’s Guide.

It’s easy to support a Caribbean-owned business in Flatbush.

Just on the corner of Clarkson and Rogers there’s Blends by Us—a Black-owned juice bar. Only big enough to stand in and order, the space is painted green with a handsome selection of healthy drinks and snacks. Inside—a woman is working solo, packing salads. Though she looks like she’s in a rush, she still takes the orders that come in. “I hate to turn people away, that’s not what community is about,” she told customers. 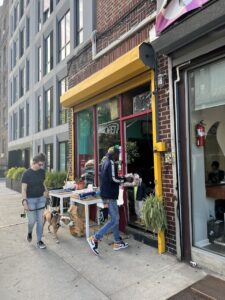 Blends by Us in Flatbush, Brooklyn [Credit: Robyn Merrett]

“That’s what I love most about Flatbush,” Champagne told The Click. “I appreciate it more so now than I did growing up.”

Champagne, a Howard University graduate and a New York native has lived all over Brooklyn.

“Flatbush is different from the other neighborhoods in Brooklyn. It’s historically more Caribbean of course, but it’s truly a feeling you get.”

While the borough is so determined to remain untouched, change is inevitable. Just on Clarkson Ave alone, there are three new construction sights hoping to bring in more new residents.

“I think the best way to keep Little Caribbean alive is to make sure newcomers shop local,” Damon S.—a building super—told The Click. “You have to keep the money in the community. That’s how we will survive.”