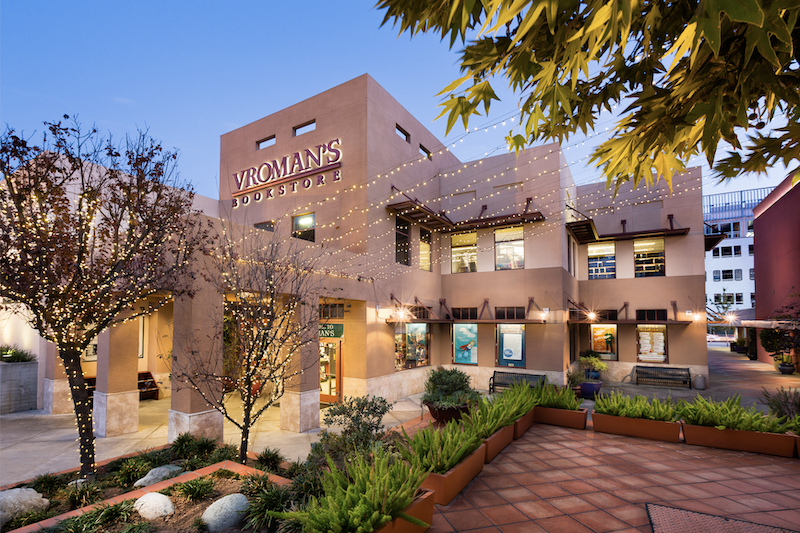 The Story Continues for This Local Bookstore

(PASADENA, Calif.) — Within the heart of the Playhouse Village in Pasadena lives the oldest and largest independent bookstore in Southern California: Vroman’s Bookstore. This bookstore is one of the many businesses that have struggled during the COVID-19 pandemic. When state orders shuttered, and later restricted, non-essential businesses for safety, independent bookstores like the beloved Vroman’s struggled to stay afloat.

According to a report by Statista, 187 independent bookstores in the U.S. closed permanently during the pandemic. Some were hurting long before the pandemic hit due to industry giants such as Barnes & Noble and Amazon, while others were healthy until the virus sent shoppers home. Vroman’s managed to survive through a combination of ingenuity and customer loyalty.

“The 2020 pandemic was the most disruptive event the company has [ever] experienced,” said Vroman CEO Julia Cowlishaw. On September 28, 2020, as soon as non-essential businesses were allowed to open back up, Vroman’s took to social media to issue a plea, “Friends, the past few months have been the most difficult in our company’s 126-year history and Vroman’s needs your help to stay open.” They urged customers to come in or place online orders for curbside pickup and to finish their holiday shopping ahead of time in order to help the bookstore stay open.

In an unexpected turn of events, the community was able to save this small business. The plea went viral as news outlets all over Los Angeles spread the word. The original Facebook post, which featured a postcard saying: “Shop Vroman’s, preserve a Pasadena treasure!” had over 2.3k shares, 169 comments, and 912 likes. The community really came together in order to help keep Vroman’s Bookstore alive. “The orders came flooding in,” said Steven Ross, a bookseller at Vroman’s. “In all [of] my [32] years there, I had never seen anything like it in my life!”

In front of Vroman’s is a stand with free books, which anyone can take in exchange for another book. There’s also an interactive red sculpture of four spun chairs, where children can play while their parents enjoy a cup of Jone’s Coffee inside the bookstore. Next to Vroman’s is Laemmle Theaters, The Pasadena Playhouse, and local restaurants such as Yahaira’s and El Portal. Though many businesses in the area struggled during the pandemic, these managed to stay in business.

Despite the good fortune, the future is uncertain for the Playhouse Village, according to Pasadena Weekly. Arash Danialifar of the GD Realty Group recently purchased some of the properties in the area, not including Vroman’s, and they may have a new vision for the area. Pasadena Weekly reported that they plan to remodel the area and “convert it into [a] multi-tenant space for restaurants, office, retail, and other service uses.” It’s still uncertain which businesses, in particular, this will affect. Nevertheless, Vroman’s employees seem optimistic about the future.

According to Cowlishaw, the biggest struggle, once the call for help went out on social media, was keeping up with demand and transitioning from a retail store to an online, order-fulfillment company.

“Our online orders jumped into the hundreds a day, and people were willing to stand in line outside to get into the store,” she said. “We were especially moved by hearing stories of how Vroman’s impacted individual lives and how families had shopped with us for generations.  Some customers even started a Go Fund Me campaign and donated directly to the store,” shared Cowlishaw.

It’s no secret that many businesses, especially independent shops, struggled during the pandemic and that the future is uncertain for bookstores everywhere. With the rise of big corporations such as Amazon and Barnes & Noble, this small independent bookstore has been able to survive because of loyal customers such as David Lessig, whose family has been coming to Vroman’s for decades. “It’s a truly independent bookstore that also surpasses any chain in regards to quality and selection, and it’s a legitimate part of Pasadena and its history,” said Lessig. “Vroman’s is a part of my life and identity, my great-grandparents came to the Pasadena area nearly a century ago, and we’ve been customers of the store for just as long.”

Adam Clark Vroman was an Illinois native who moved to Pasadena, California in the late 1800s for the love of his wife, Esther, who had been ill. Vroman hoped the warmer weather would help Esther heal. Unfortunately, that was not the case, and two years after his wife passed, Vroman sold his book collection and used the capital to open a bookstore in 1894.

Vroman was a remarkable man who dedicated his life to philanthropy after losing his wife. He helped establish the Southwest Museum and also supported the Pasadena Public Library. Legend has it he once loaned money to a competitor so that the man could start his own bookstore. Because Vroman did not have any children, he left his bookstore to his longtime employees.

The bookstore has been winning awards since 2008, such as “Best Local Bookstore/Newsstand” from Best of Pasadena, Publishers Weekly’s “Bookseller of the Year” and “Best Bookstore in San Gabriel Valley.” Located so close to the hub of American film and television, it has also been used as a set for several movies and TV shows, including “The 40-Year-Old Virgin,” “Modern Family,” and “Parks & Recreation.”

Vroman’s does its part to keep things interesting with seasonal displays and themes. It has several non-traditional sections, such as a kitchen section, a jewelry and accessories section, a witchcraft section, a trinkets and toys section, and even a section devoted to writing pens.

For all of the book-lovers who enjoy a good cocktail, they even have a bar called 1894 where they host wine and beer tastings, with a side of chocolate, cheese, or popcorn. The menus are designed to look like hardcover books. It’s evident their biggest desire is to provide an unforgettable experience for customers.

“Vroman’s has been the staple bookstore in Pasadena all of my [65 years of] life,” said Jeni A. Reiz. “My feelings when I read the news [that the store was in trouble] was one of panic and despair. Pasadena cannot lose this incredible institution!” she said. Like Lessig, Reiz immediately shared the news with her loved ones and went to the store to support it. “Being a Pasadena institution and icon is its salvation. It is a source of gratification and pride that we loyal supporters cannot bear the thought of losing,” Lessig added.

Today, almost a full year since Vroman’s sent out its call for help, it has reopened the in-store bar and is back in full swing, with more customers than ever before, according to the owner. It seems that their plea got them even more attention from locals who weren’t even aware of its existence, despite it being 127 years old.