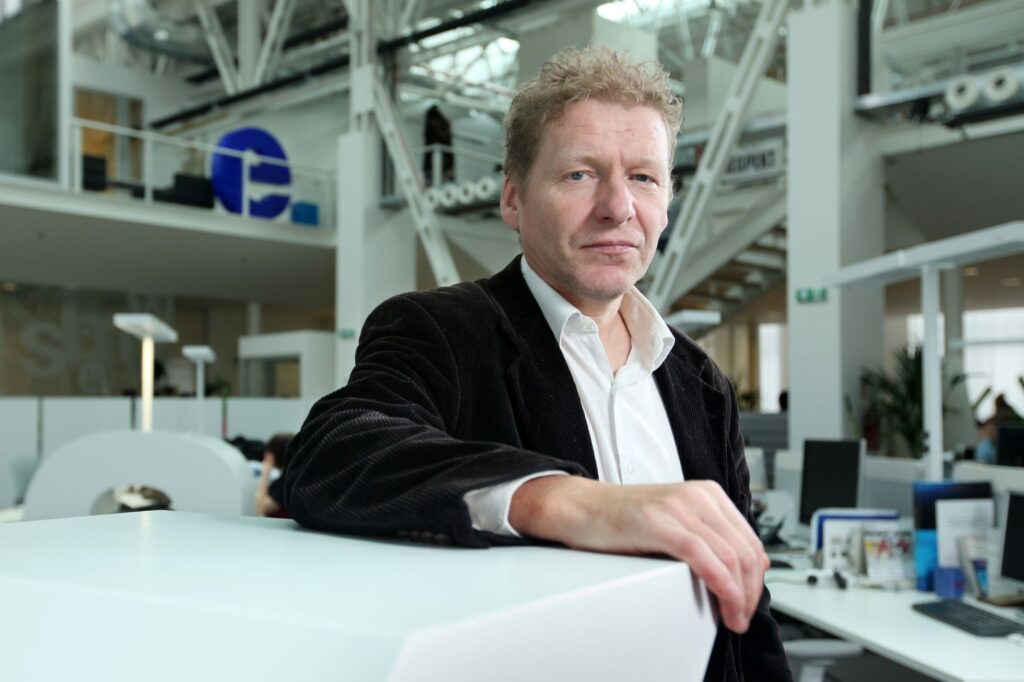 Daniel Anyz, 58, a Czech correspondent in Washington is monitoring the election from Pennsylvania. [Credit: Economia]

(PRAGUE, Czech Republic) – The American midterm elections are followed all over the world, including the Czech Republic. Daniel Anyz, a reporter for the news site Aktualne.cz, will be keeping readers in the small European country informed from Pennsylvania — and he told The Click that this time, democracy is in peril.

“Although congressional elections are generally not as closely watched as presidential elections, in today’s sharply polarized America, a lot is at stake,” Anyz said.

Anyz, 58, has been an expert on American politics for almost 20 years. He’s covered five presidential and midterm elections throughout his career. Anyz told The Click that he was always interested in American affairs, but what really drew him into politics was becoming a permanent correspondent in Washington, DC, for a Czech newspaper.

“I am always beyond excited to cover election nights here, especially when I know that the whole world is watching …America is complicated, it has many problems, but if it can stand, so can we.”

“That was the time when it came to me that whatever happens in the U.S. always attracts [the attention of] the rest of the world,” Anyz said. “It also works the other way around. When something’s going on in the world, everybody wonders what America thinks of it.”

There is always interest in American events in the Czech Republic, Anyz said, though he added that interest in congressional elections is naturally smaller.

“People care, though not as much as we would like as journalists,” Anyz said. “However, it doesn’t change anything about the fact that we will always cover these, and that is simply  because our newsroom prides itself on supporting the democratic principles. And not just on the domestic scene, but internationally.”

Shortly before the election, Anyz will move to Pennsylvania to cover one of the crucial battlegrounds which he thinks will decide which American political party controls Congress. Democratic candidate John Fetterman has a shot at taking a Senate seat there over Republican rival Mehmet Oz, which would give them a strong chance of holding a majority in that chamber.

However, Anyz identified one major obstacle in the Democrats’ plans. “This time, everything is even more tense due to the constant presence of Donald Trump on the American political scene,” he said. “A number of candidates he has endorsed (for Congress or governorships) have bought into his lie that he won the 2020 election, not Biden. And if they get the chance, they will try to change and tighten the electoral law. That is why Democrats say that this election is about American democracy itself.”

Anyz explained that this year’s election is also important for American foreign policy, especially with war in Europe. “If the isolationists within the Republican Party were to significantly strengthen in Congress, it could have the effect of weakening American military and financial support for Ukraine,” he said, adding that America’s support is vital that active conflict.

Whatever the results, Anyz will be there.

“I am always beyond excited to cover election nights here, especially when I know that the whole world is watching,” he said. “America is complicated, it has many problems, but if it can stand, so can we.”