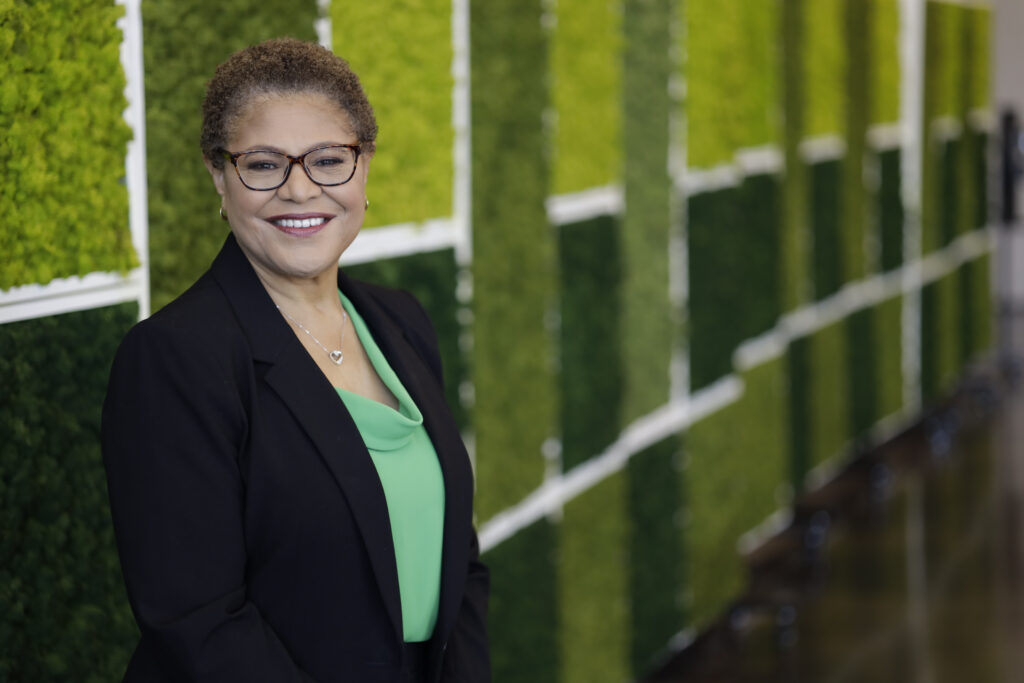 (LOS ANGELES)  — Democratic Rep. Karen Bass has beat real estate developer Rick Caruso and is posed to become the next mayor of Los Angeles, according to projections by the Associated Press. Bass will become the first woman and second Black Angeleno to hold the title of Los Angeles mayor.

The race garnered widespread attention, coined as the most expensive mayor’s contest in the city’s history. According to the Los Angeles City Ethics Commission, Caruso spent over $100 million throughout the campaign, compared to Bass at just under $10 million. The battleground for Los Angeles Mayor was major, considering the city is home to roughly 2.9 million people, making it the second most populous city in the United States. Forty-two people have held the office of mayor since 1850, with Eric Garcetti holding the most recent mayor title since 2013.

In a statement released following her victory, Bass pledged to serve all of Los Angeles. “My administration will bring everyone to the table. The challenges we face affect us all, and all of us must be a part of our solutions.”

Despite the antics, Bass is not new to politics. She has served as the U.S. representative for California’s 37th congressional district since 2011.

Her mobilization on certain issues, including homeless, is already on the table. In March, Bass secured funding in a bill signed by President Joe Biden to combat homelessness, support community safety efforts, and strengthen public health in Los Angeles. A huge issue in the race has been the homelessness crisis impacting the city. According to the Los Angeles Homeless Authority, homelessness in the city has increased by 34% since 2018.

“These investments to combat homelessness, improve community safety and assist families with the increasing costs of living in our congressional district are coming at a crucial time,” she said in a press release following the bill’s passing. “Now that we have these new allocated funds on the federal level, we have to ensure that they reach our communities as soon as possible.”

The crisis has been exacerbated by the sheer unaffordability of housing in the city. According to the California Housing Partnership, renters in the city need to earn three times the minimum wage to afford the average monthly asking rent.