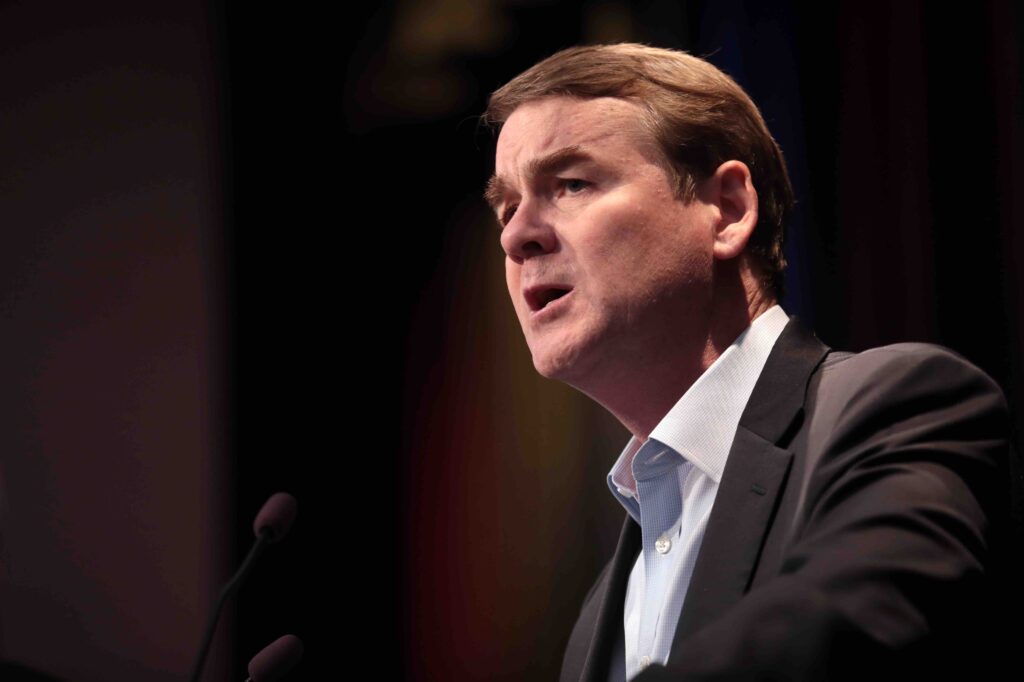 When the Associated Press called the race on Tuesday, the Colorado Sun reported that Bennet was leading O’Dea with 58% of the vote to O’Dea’s 40%.

The campaign was surprisingly divisive in Colorado, a GOP battleground in the 2022 election. But incumbent Bennet came out on top, winning his third re-election. He may have had an advantage as a Democratic candidate in a blue-leaning state. But his standing in office also saddled him with heavy competition and backlash for supporting President Biden’s legislative agenda.

Unlike many Republican candidates, Bennet’s opponent O’Dea was not endorsed by former President Donald Trump. He was endorsed by Florida Gov. Ron DeSantis, a potential Republican presidential candidate in 2024  and a previous Trump ally.

“This country is now in the position to lead the entire world in this transition we have to make over the next 25 years and Colorado is positioned to lead the country,”  Bennet said in the victory speech aired on 9News.

O’Dea is a fourth-generation Coloradan and CEO of a construction company in Denver. In a GOP primary debate earlier this year, he said he voted twice for Trump and thinks Trump should not run for president again in 2024, although he would vote for him if he were the Republican nominee. Trump attacked O’Dea, calling him a RINO or “Republican in name only,” according to an ABC News report.

In an article published by Politico, Republicans want to solidify the party, believing any red support is crucial and that, ultimately, any Republican candidate will “toe the line.”  O’Dea has called Bennet President Biden’s senator. Bennet, in turn, has reminded O’Dea of his two votes for Trump.

Bennet was born in New Delhi, India. In 1950, Bennet’s mother, a Polish immigrant and Holocaust survivor, moved the family to Washington, D.C. Bennet and his wife moved to Colorado in 1997. He was a lawyer before being appointed to the Senate in 2009 by then-Colorado Gov. Bill Ritter. The decision came after Ritter interviewed several prominent Colorado Democrats. Since then, Bennet has served as Colorado’s U.S. Senate for two terms.

One of the more divisive issues between the candidates was gun legislation — an issue that has taken national prominence. Gun violence hits home in Colorado, the site of several high-profile mass shootings, including the 1999 Columbine Massacre and the 2012 shooting at an Aurora movie theater. Most recently, Coloradans dealt with a shooting in a Boulder grocery store last year.

O’Dea supported universal background checks and increased police presence in schools. As for new gun legislation he said, “We’ve got plenty of laws on the books.”

U.S. Space Command, presently headquartered at Colorado’s Peterson Space Force Base in Colorado, was another area of contention given its contribution to the state’s economy.  In January 2021, Trump announced it would be moving to Huntsville, Alabama.  That decision has been under review.  Bennet and O’Dea both wanted to keep Space Command in Colorado, but O’Dea argued that Bennet should have fought harder to  keep it in the state as a U.S. senator.

According to a Pew Research Study, 41% of Coloradans are Democrats, while 42% are Republicans supporting Colorado’s status as a swing state. But the 2020 presidential election proved otherwise when the state flipped mostly blue with a high representation of Democratic candidates winning their elections.