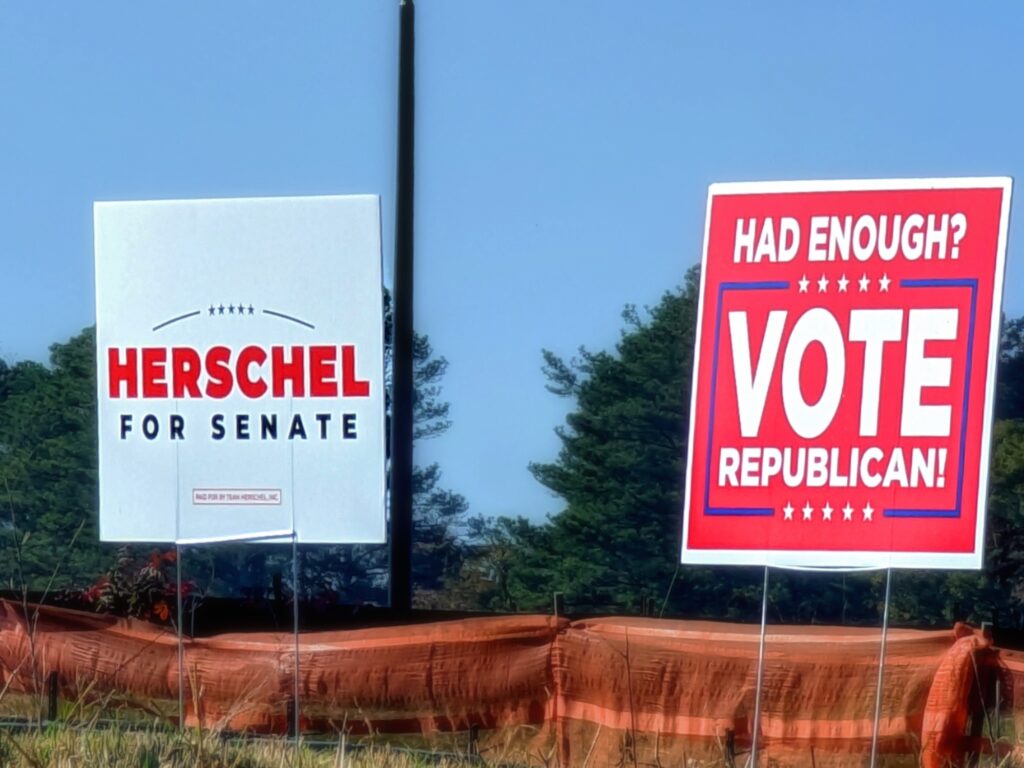 (LOS ANGELES) — The Georgia race for U.S. Senate, which became one of the most heated and widely followed during the 2022 campaign season, has ended in a runoff as neither Republican Herschel Walker nor incumbent Democrat Raphael Warnock attained the 50% of the total votes required by state law.

According to Associated Press, both candidates’ numbers have swayed between 48% and 49%.  The two will face off again in December, Politico reports.

Warnock and Walker maintained drastically different positions on major issues throughout their campaigns. In a lengthy debate on Oct. 14 in Savannah, Ga., the candidates sparred over a myriad of topics, including election integrity and abortion.

“I support the Heartbeat Bill; that’s the bill of the people,” Walker said, referring to a state law banning most abortions.

“God gave us a choice, and I respect the right of women to make a decision,” Warnock said.

Warnock currently holds the Senate seat after winning a similar runoff race in 2021. He also serves as the senior pastor at Atlanta’s Ebenezer Baptist Church (famous for being the Martin Luther King Jr.’s church), where he has worked for over 16 years. Early in his campaign, Warnock was accused of using funds to pay for a lawsuit filed against him, according to Politico. Warnock was also accused of running over his ex-wife’s foot during an argument, according to Newsweek.

He ran in a 2020 special election against then-Senator Kelly Loeffler. Warnock’s victory made him the first Black senator in Georgia’s history.

Before his political pursuits, Herschel Walker played college football and won a Heisman Trophy in 1982. He also played in the NFL for 12 seasons. Walker’s stance against abortion has remained a key element of his campaign. However, he has been accused of paying for a former girlfriend’s abortion, according to The Daily Beast. Walker allegedly signed a “get well soon” card addressed to his former girlfriend, who underwent the procedure.

Walker appeared on Fox News to address the allegations. “I never asked anyone to get an abortion. I never paid for an abortion. And it’s a lie,” he said. According to ABC News, a second woman came forward in November claiming that Walker pressured her into getting an abortion. Walker has denied these allegations as well.

Georgia was a historically red state, though it voted for Joe Biden in 2020. Senate elections then flipped it blue after the victories of Warnock and fellow Senator Jon Ossoff.