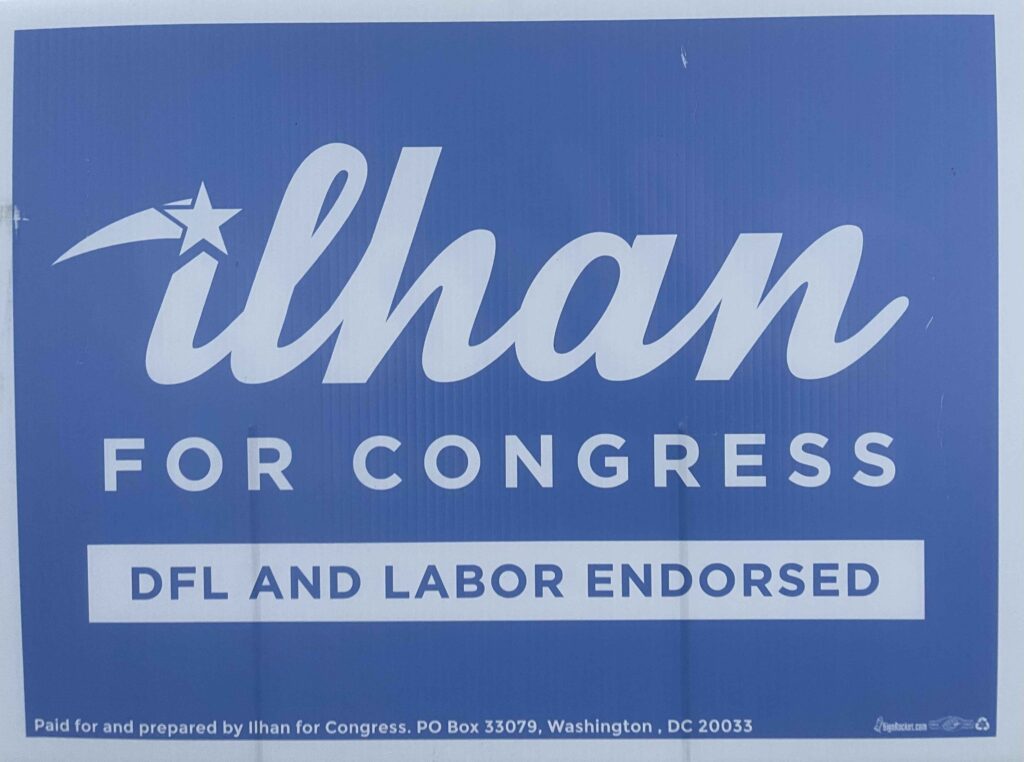 (MINNESOTA) — Congresswoman Ilhan Omar has retained her seat against Republican challenger Cicely Davis in Minnesota’s 5th Congressional District, according to The Associated Press.

Omar began her term with the U.S. House of Representatives on Jan. 3, 2019, becoming the first woman of color elected to represent Minnesota in Congress, according to Ballotpedia. She was also the first Somali-American to ever be elected to the legislative branch of government. Omar escaped Somalia when she was eight years old and spent four years in a refugee camp in Kenya before arriving in the United States.

Omar previously served in Minnesota’s House of Representatives from 2017 to 2019. She was the country’s first Somali-American state legislator, another barrier-breaking moment in her career.

The congressional area Omar represents includes the whole city of Minneapolis, as well as sections of St. Louis Park, Crystal, Robbinsdale, New Hope, Fridely, Richfield, and a tiny portion of Edina, as stated in the CCX media website.

“So I thank you from the bottom of my heart, for putting your faith in me, for standing with me through one of the most difficult times for our community and our country,” Omar said in her acceptance speech Tuesday night. “We have survived a wannabe fascist president, a once-in-a-lifetime pandemic that took so many of our family members, the murder of George Floyd in our city and the uprising that followed. So I know we’re gonna survive whatever they throw at us over the next two years.”

Davis volunteered to help the prior Republican candidate running against Omar in 2020, according to Ballotpedia. She was also the state director of BLEXIT MN — an organization founded by Candance Owens, a conservative commentator and author, to create programs in order to promote and empower minority youth, according to The Blexit Foundation.

The 5th District is heavily Democratic, and it is by far the most Democratic in the state. Since 1963, the Minnesota-Democratic-Farmer-Labor Party has controlled the seat without interruption.