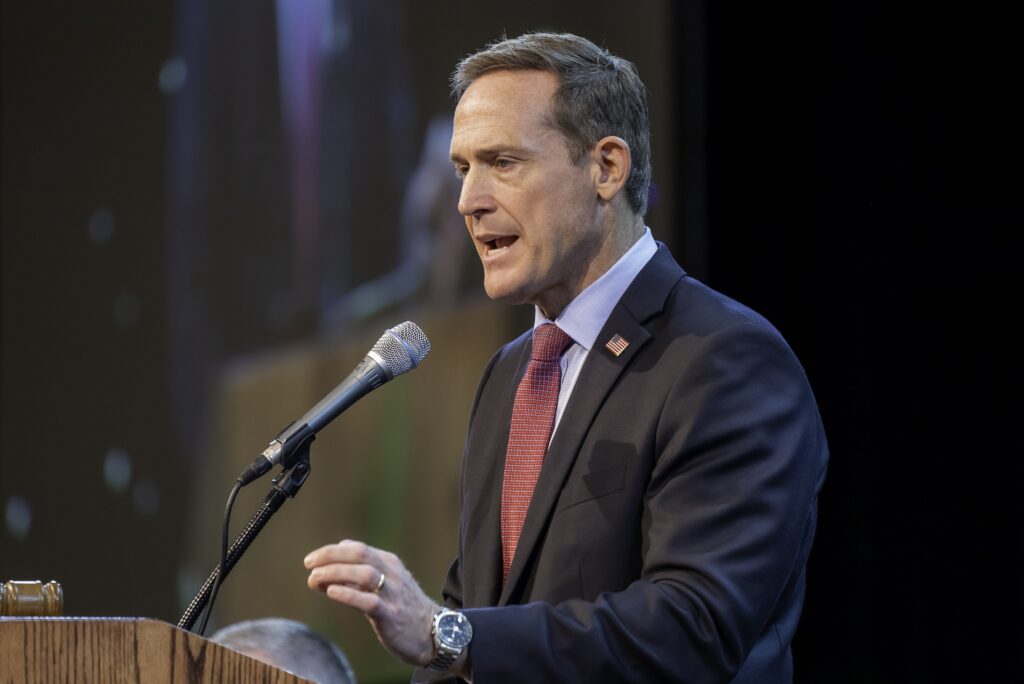 “We need to support our law enforcement, secure our border, finish the wall, and give our border agents every resource they need to stop cartels and the criminals from poisoning our citizens,” Budd said in his victory speech to a small crowd in Winston-Salem, N.C.

Budd will take over the seat vacated by retiring GOP Senator Richard Burr. According to NPR, the Trump-endorsed Republican received the backing of Republican National Committee chairwoman Ronna McDaniel and Senatorial Committee chairman Sen. Rick Scott of Florida during a rally held in Mocksville, N.C., in October.

Beasley and Budd appeared in a dead heat toward the end of October, but polls showed Budd extending a slight lead going into Election Day. According to Emerson College and The Hill’s latest poll survey of voters in the state, half of voters (50%) supported Budd while 45% supported Beasley.

The same survey also revealed that in the last month, Budd maintained a 16-point lead among male voters, but Beasley’s nine-point lead with women voters fell to just four points. How favorably voters view each candidate revealed more: 53% favorable and 40% unfavorable for Budd, while Beasley polled 46% favorable versus 48% unfavorable.

Beasley held a sizable financial advantage over the Republican candidate. “[Budd’s] campaign raised $4.77 million during the three months… barely one-third the $13.36 million that Beasley told the FEC that she raised,” according to U.S. News.

The congressman is viewed as one of “the most conservative members of the Houses” and ran on a campaign of “political independence.” According to Politico, Budd “opposed the infrastructure law, domestic microchip investment, same-sex marriage protections, gun safety and other bills that received some GOP support.” Beasley, a former chief justice of  the North Carolina Supreme Court, ran on a campaign addressing women’s rights, climate and environmental protections, and voting rights.